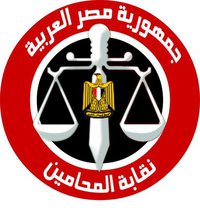 The Lawyers’ Syndicate’s council has decided to freeze admissions until the decision to double the membership fees from EGY 1,550 to EGY 3,500 is presented to the syndicate’s general assembly, due to be convened by November, according to state-owned Al-Ahram portal.

The decision, taken on Thursday, will stall the acceptance of recent law graduates into the syndicate

The freeze comes after court ruled the fee increase illegitimate on Sunday. Syndicate board member Fathy Tamim told Al-Ahram portal that the syndicate is appealing the court’s verdict at the Supreme Administrative Court.

“The decision was originally tied to the lawyers’ benefit,” syndicate board member Khaled Abu Kreisha said, adding that there’s “no choice but to implement the judicial verdict.”

The Egyptian Initiative for Personal Rights (EIPR) filed the initial lawsuit after being approached by a group of protesting lawyers and law graduates on 9 September, requesting legal action to dispute the fee increase.

Head of the Lawyers’ Syndicate, Sameh Ashour, said that in 2011 the syndicate discovered that assets had dropped from EGP 136 million to EGP 96 million, signifying a large difference between costs and expenses.

The rise in fees was intended to correspond with the increasing amount the syndicate spends on its hundreds of thousands of members, and the thousands of new lawyers seeking to enter the syndicate every year. He stressed that the fees paid to the syndicate are allocated for the benefit of those who pay them.

Law school graduates are not allowed to practice law until they become members of the syndicate.