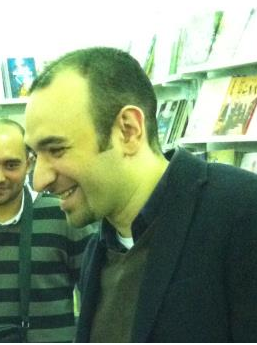 A film director whose script was rejected by the censorship committee on the grounds that it incited religious discrimination has received a promise from the minister of culture that he can make the film without changing the script.

The censorship committee had rejected the script written by Amr Salama saying that it incites discrimination against Copts and distorts the image of Egyptian education.

However, the minister of culture, Saber Arab, said the script would be approved without having to change the religion of the main character. The minister made this promise in a meeting of the Chamber of Cinema Industry attended by the head of the censorship committee and filmmakers.

The film, Second Preparatory, features a young Coptic Christian boy who transfers to a public school and is criticised by his classmates for being from a different social class. He decides not to reveal that he is a Copt for fear of being an outcast. However his friends later find out and treat him overly nicely, creating an atmosphere of positive discrimination.

Salama appeared on Khairy Ramadan’s MomkinTV show on Wednesday to talk about the movie. The head of the censorship committee called the programme, Sayed Khattab, called the programme said it is inhumane to show 100 minutes of a young child suffering because of his religion.

Salama expressed his willingness to drop the religious discrimination issue from the movie and limit it to class discrimination. However he later said on his Twitter account that he won’t change the religion of the main character.

“I felt it wouldn’t be good and many lawyers told me this was my legal right so I decided to defend it,” Salama told Daily News Egypt.

He added that he is against censorship and that it will eventually come to an end but the question is when.

“I believe they were against the movie because it admits discrimination against Copts, but this happens every day in reality, I didn’t make it up,” Salama said.

He added that if the minister’s promise was not implemented he will file a lawsuit.

Freedom of speech and expression was a demand of the 25 January revolution. However, the success of Islamists in recent elections led many working in creative sectors to fear that free expression would be limited.

Salama wrote on his Twitter account, “thanks to journalists and artists who supported me against the rejection of my movie by the censorship committee. I hoped Islamists would support me to prove they encourage freedom of expression as they say.”