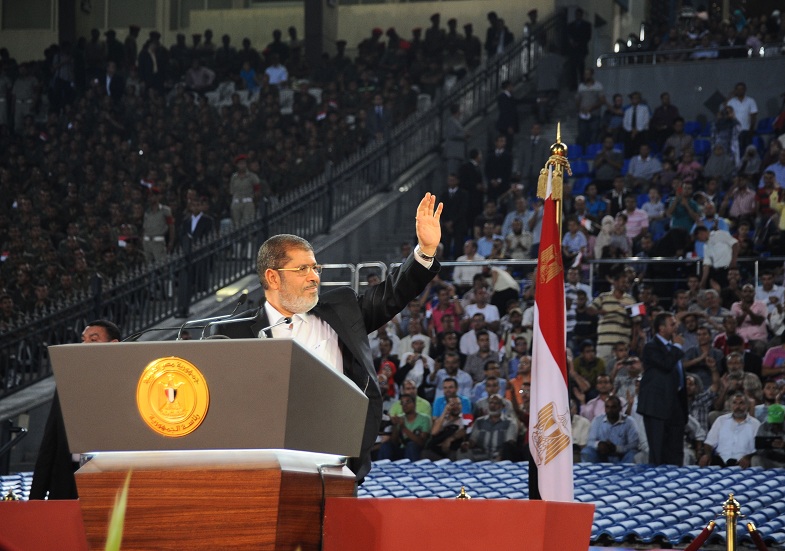 President Mohamed Morsy commemorated the 39th anniversary of the 1973 6th of October victory over Israel, with an almost two-hour long speech at the Cairo Stadium.

Morsy addressed the fast approaching end of his first 100 days in power, claiming the majority of promises he had made had been fulfilled. We bring you the reactions from experts, politicians, activists and the man on the street.

“For starters, there’s no reason to have the speech stretch to two full hours,” Abdel Rahman said, condemning Morsy for saying his first 100 days had been a success when in fact, “he failed on all levels.”

Habib said however, that in his personal opinion, the statistics were rather “exaggerated.”

“Since President Morsy took office the country has regained much of its security,” said Amr Al-Sayed, a young Morsy supporterand fan of the speech. To Al-Sayed the president needs to be given enough time for his plans to bear fruit and Morsy should be given his full four years before being judged.

For other non Morsy supporters, like Mohamad Ra’fat, Morsy has not achieved what he said he would, but should still be given more time.

In his speech, Morsy defended his progress, citing the high-level of corruption in Egypt as the major obstacle to achieving his goals. According to Gamal Gawad Soltan, a political science professor at the American University, Morsy was using his platform to gain sympathy and understanding, encouraging Egyptians to give him the benefit of the doubt, while ignoring more pressing human rights issues he needs to deal with.

“We don’t understand who those ‘revolutionary detainees’ Morsy spoke about are,” said Maha Ma’moun, member of the No Military Trials movement, wondering whether the president meant those undergoing military trials or those detained for their involvement in incidents such as the Mohamed Mahmoud and the Cabinet clashes.

Upon coming to power, Morsy convened a committee to review cases of civilians tried by military courts including representatives of the military police, the ministry of interior and independent human rights activists. The committee issued two reports recommending the release of a number of detainees. Soon after releasing its second report, late August, the committee submitted a final statement to the president, announcing an end to their mission.

“Right after the Eid vacation, we explained to the president in a statement all the achievements of the committee,” lawyer and committee member Mohamed Zare’ said. “We have released a large number of civilians who had been tried in military as well as civilian courts.”

The committee recommended in its first report the release of 572 prisoners and 58 prisoners in its second report. Both times, Morsy ratified all the recommended releases.

“We also had further demands to submit; mostly constrained to issues such as revolutionaries still being tried in front of military courts.”

Zare’ gave the examples of all those who were detained in incidents such as; the Maspero massacre, Mohamed Mahmoud clashes, Cabinet clashes, Abasseya clashes and Suez clashes.

“We asked the president to intervene and pardon all the remaining revolutionary prisoners currently undergoing trial,” Zare’ said, adding that now “the ball is in Morsy’s court.”

For her part, Ma’moun believed the committee’s achievements to have fallen short.

“There are several detainees still in jail though they fall under the criteria upon which others were released,” Ma’moun said, “their pardons were disrupted by incidents such as the Nile City attacks and the Sinai attacks.”

Ma’moun believes that the two previously mentioned attacks clouded the committee’s judgment in terms of recommending releases, cutting down the number of detainees released in their second report to 58, when they were expected to be around 500.