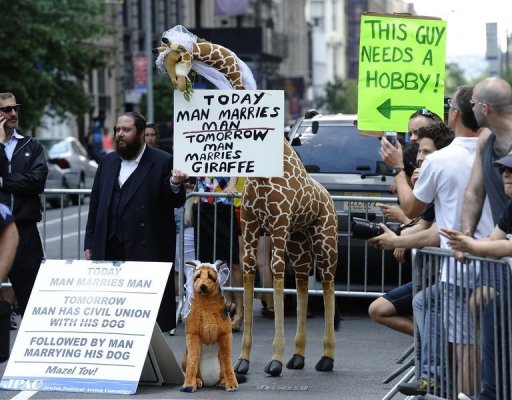 Romney’s pledges to conservatives during the Republican primary race early this year highlighted his positions on hot button issues, stances Obama hopes may prove too harsh for centrists, independents and millions of female voters.

The US Supreme Court famously upheld a woman’s right to an abortion in the 1973 “Roe v Wade” case, which many Republican leaders have long sought to overturn.

Romney, who flipped from pro-choice to pro-life during his 2003-2007 term as governor of Massachusetts, has expressed hope for the court to take up the issue once more, and has promised to appoint judges he feels would reflect his pro-life view.

He chose a fiercely pro-life running mate, congressman Paul Ryan, who has said “I’m as pro-life as a person gets.” Ryan backed legislation that would outlaw abortion in almost all cases including rape or incest, according to NARAL Pro-Choice America.

Obama has publicly called for lawmakers and civic groups to come together in efforts to prevent unintended pregnancies, but in a direct knock of his rivals, he warned against letting “a bunch of men in Washington” dictate decisions about women’s health matters.

Obama’s argument is clear: women voters support him 56-38 percent over Romney, according to a Quinnipiac poll released Tuesday. The US electorate is 53 percent women, and their strong support for Obama in 2008 helped him win the White House.

Because of Romney’s gender deficit — not to mention his trailing position among blacks and Hispanics — he must sweep the white male vote by a wide margin if he wants to defeat the incumbent.

The president, however, expressed his “personal” support, thus avoiding a potential backlash had he officially backed gay marriage as president.

“It was a calculated risk,” political science professor Kareem Crayton of the University of North Carolina at Chapel Hill told AFP, even if “it makes his (re-election) a little bit more difficult in a couple of states.”

Obama’s stance on gay marriage is largely in tune with the American public, with pollsters noting a shift in 2010 in favor of same-sex unions.

Romney, on the other hand, says marriage is exclusively a union “between one man and one woman.”

Obama has largely relegated to the political margins other issues cherished by left wing Democrats, such as gun control, ending the death penalty and decriminalizing marijuana.

Even after shooting massacres this summer, including one in a Colorado theater during a Batman movie screening, he offered generalities about the need to prevent gun violence while reiterating his support for the right to bear arms, which dovetails with the opinion of a majority of Americans.

If he once expressed backing for a moratorium on executions, since election to national office he has acknowledged support for capital punishment only in the case of “heinous crimes” such as terrorism.

While the figure has declined over the past 20 years, some 61 percent of Americans still supported the death penalty in 2011, according to a Gallup poll.

Such social issues dominated much of the discourse during the Republican Party’s primary campaign, as Romney battled core conservatives such as ex-senator Rick Santorum and former House speaker Newt Gingrich.

But they have been overshadowed as the president and his rival zero in on the state of the US economy.

Social issues “are still definitely relevant,” especially when it comes to motivating members of a candidate’s base, according to Christina Greer, a professor and elections expert at Fordham University.

But “the people (whose votes) they are trying to capture right now are the people who are either independents or undecided, and for those people, the polling shows that it’s really the economy” that will matter on November 6.