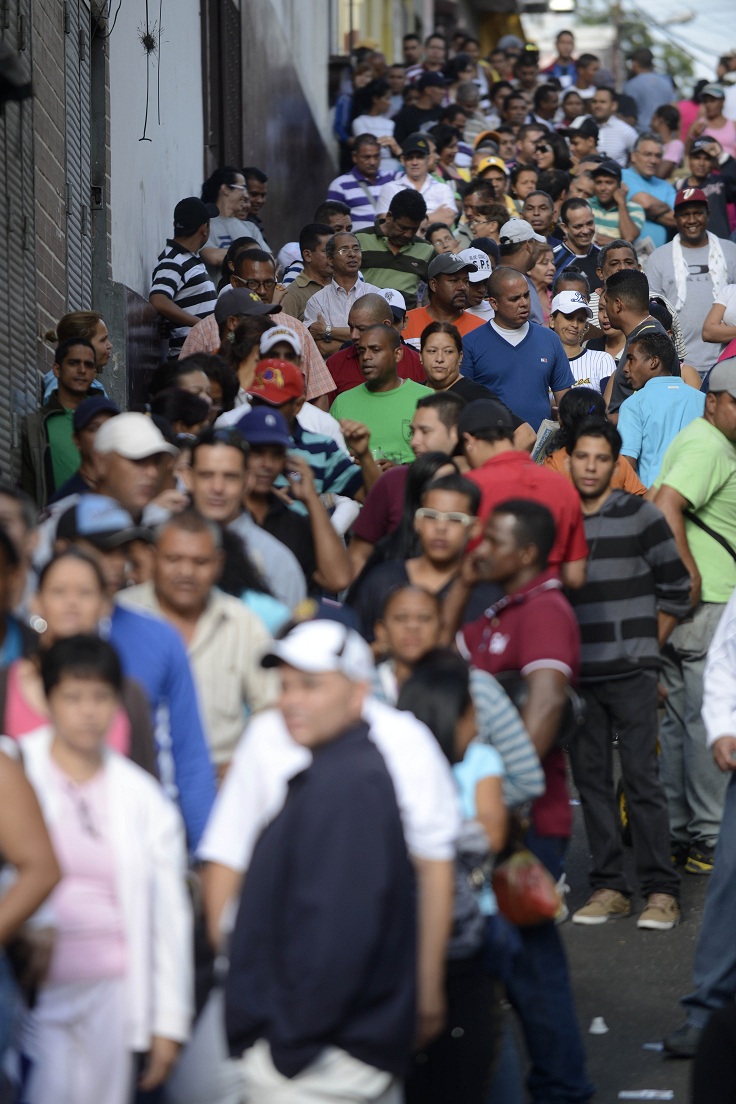 Caracas (AFP) – Venezuelans went to the polls Sunday in the toughest election President Hugo Chávez has faced in almost 14 years in power after fresh-faced rival Henrique Capriles electrified the opposition.

Voters stood in lines to cast their ballots while Chávez supporters played bugles before dawn to rally supporters of the president, who is seeking a new six-year term to cement his socialist revolution.

Chávez retains a devoted following among the country’s poor, who have propelled him to easy victories in past elections, but Capriles narrowed the gap in opinion polls after an energetic door-to-door national campaign.

“I’ve been here since 2:00 am in order to vote to continue what we have achieved so far,” said Richard Lozano, who stood in line at polling station in the sprawling Petare slum.
Election experts say the electronic voting system is reliable and all candidates have signed a pledge to accept the result. But Chávez charges that the “far right” plans to not recognise his victory if he wins.

“I call on all political actors from the left, right and centre for us to prepare emotionally to accept” the result, Chávez told reporters on the eve of the vote. “It won’t be the end of the world for anybody.”

Weakened by a bout with cancer, the president stepped up his campaign this week, even dancing in the rain at a Caracas rally Thursday as he pleaded for another six-year term to seal his oil-funded socialist revolution.

Chávez, a fierce US critic, is a highly polarising figure who survived a coup in 2002 and became popular with the long-neglected poor for using the country’s vast oil wealth to fund health and education programs.

Mentored by Cuba’s Fidel Castro, Chávez has become the leading voice of Latin America’s left, railing against the US “empire” while befriending Iran and Syria.

Sitting on the world’s biggest proven crude oil deposits, Chávez has used petro-dollars and cut-rate crude deals to build a network of allies around the region.

Capriles, who describes himself as David fighting Goliath, was picked by the opposition in an unprecedented primary election in February.

The former Miranda state governor campaigned in around 300 towns, wearing a baseball cap in Venezuela’s yellow, blue and red as he vowed to unite the country, accusing Chávez of being “sick with power.”

Capriles has hammered Chávez over the country’s regular power outages, food shortages and runaway murder rate, which has risen to 50 homicides per 100,000 inhabitants.
Capriles is considered a more business-friendly candidate but he has tried to woo Chávez’s base by presenting himself as a centre-left politician who would continue the president’s social “missions.”

Chávez has rankled the private sector by nationalising a slew of companies in the oil, electricity and bank sectors as part of his self-styled 21st century socialism.

Chávez held a 10-point lead in the latest opinion poll, but Capriles has attracted huge crowds at rallies while other surveys have put them in a statistical dead heat.

Facing his biggest election challenge, Chávez has admitted making mistakes, vowing to “become a better president” if re-elected. The constitution was amended in 2009 to allow the president to seek multiple terms in office.

Around 19 million voters were called to the polls. Some 140,000 troops were deployed to prevent violence while the country’s borders were closed and alcohol sales were banned until Monday.
Polling stations close at 6:00 pm (2230 GMT), but people will be allowed to vote as long as there are lines.