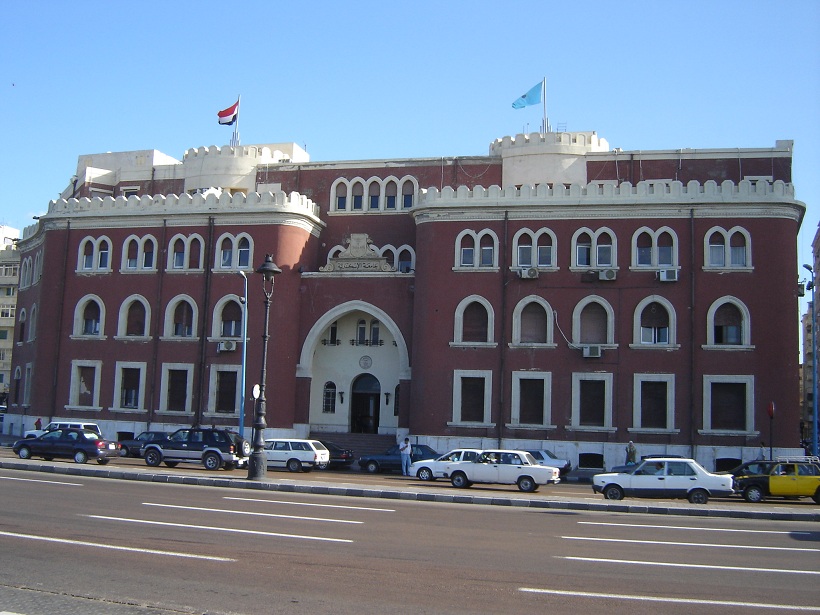 Students are facing intransigence from the administration of Alexandria University, reminiscent of the kind of treatment student activists faced during the Mubarak era.

A statement signed by over a dozen youth movements, released on Monday, announced solidarity with the Alexandria students against the “accusation of practising political activity without the permission of the university administration, which is the same accusation that was directed by the state security affiliated administration before the revolution…. as if the martyrs didn’t give their blood to lift injustice and demand freedom.”

Four students from the leftist  Revolutionary Socialists group have been accused of unsanctioned political activity. Among them is Mahmoud Mostafa, who explained that the issue started months ago; “we had set up a display about the Port Said Massacre and about the student union elections and the governing bi-laws.

“The security destroyed the display and we have it all on video,” he said.

Mostafa said that the fair was set up on 29 February. That was less than a month after the Port Said massacre, in which over 70 unarmed Al-Ahly fans were killed following  a football match between Al-Ahly and Port Said football teams on 1 February.

“We [the Revolutionary Socialists] are the only political force in the university that operates without the permission of the university’s administration and we consider it a right. Political freedom was one of the first rights and we have extracted that right through the revolution” he explained.

In order for students to practice political activities inside the university, they have to get permission from the university’s administration first, according to the student union’s governing bi-laws, which many students refer to as the “state-security” bi-law because they feel that it is designed to restrict freedom in the university.

Mostafa said that the administration of the university used to accuse Muslim Brotherhood students of the same accusation of “practicing political activities” during former President Mubarak’s era.

In the statement released by the youth movements they demanded that the governing bi-laws produced by the Ministry of Higher Education be dropped, and that students be permitted to exercise political activities and form political groups without the intervention of the university administration.

In addition, the groups demanded the abolishment of punishments which affect the educational life of students, replacing them with disciplinary punishments, and the return of the four students to college.

The groups are also demand that those they describe as state-security officials are removed from the university. They specifically named the Vice President of the University for Student Affairs, Roshdy Zahran. They are holding a press conference next Saturday to discuss the decision of the university administration and to discuss ways to advance their demands.