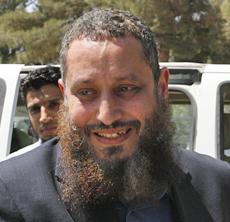 “This is not true, after the reconciliation meeting on Friday and Saturday everything is stable, nobody was dismissed,” a member of the party’s supreme committee, Ashraf Thabet, told Daily News Egypt.

The party recently faced internal disputes over leadership elections. The tensions reached a peak when Abdel Ghafour suspended the elections. The supreme committee rejected the suspension, withdrew their confidence in Abdel Ghafour and appointed El-Sayyed Mostafa Khalifa as interim chairman.

A statement was released by the party, announcing the rift was resolved after a 10 hour meeting on Friday between Abdel Ghafour and members of the supreme committee in which they revoked any decision taken regarding the party presidency, renewed their confidence in Abdel Ghafour and confirmed that elections will be held as scheduled.

They also agreed that the party’s general assembly would convene on 11 October.

The statement published on the party’s website on Saturday stated that the board of trustees of the Da’wa Salafia met with all sides of the conflict and succeeded to bring them to an agreement.

In Marsa Matrouh Da’wa Salafia sheikhs held a conference on Monday at the teachers’ syndicate club and announced a new formation for the Marsa Matrouh party board that consisted of the party secretary, assistant secretary, four agents, the treasurer and a secretary.

The announcement was considered an internal coup against the Matrouh board that supports party Abdel Ghafour.

The official Facebook page of Al-Nour party in Marsa Matrouh issued a statement on behalf of Gaber Awad Allah, the party’s secretariat in Matrouh, denouncing the actions of the Da’wa Salafia sheikhs, saying that it was against the law and the regulations of the party. “Therefore all the decisions taken today and any consequences to those decision is considered invalid; we will take legal actions regarding the matter,” the statement said.