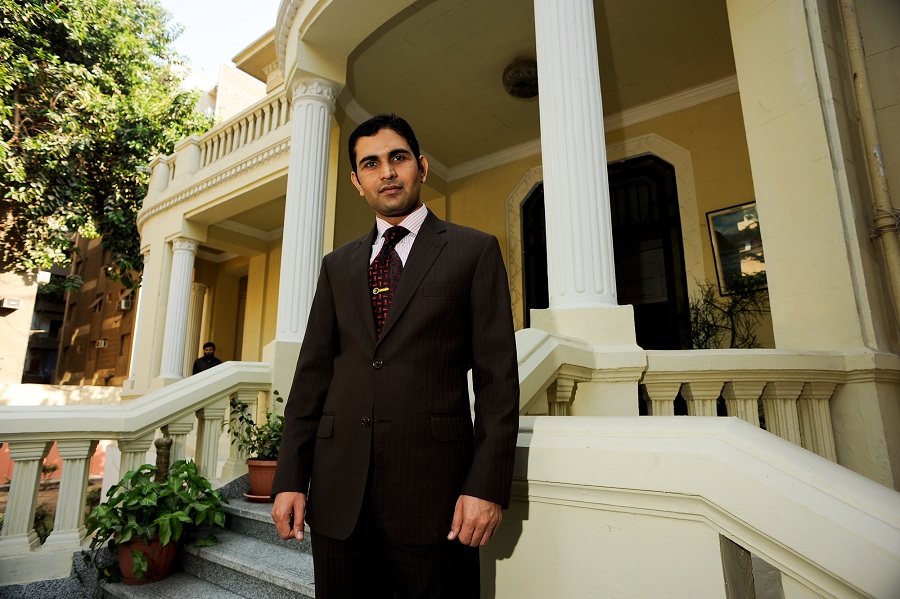 The new Egypt under President Mohammed Morsy has not been shy about reasserting itself as a regional power. Part of that effort has been the pursuit of partnerships in a region where the importance of allies cannot be overestimated.

Morsy’s first trip abroad saw him go to Saudi Arabia, to smooth over any fears of change and reaffirm the close relationship which the House of Saud enjoyed with Hosni Mubarak. At the same time, Morsy has not been afraid to reach out to Iran.

He was the first Egyptian head of state in over 30 years to visit Tehran and he has included the Islamic Republicin his plan for a resolution to the crisis in Syria. Finally, the past two weeks saw visits to Turkey from the Egyptian political, trade, tourism, and military sectors.

And then there is the partnership discussed by Tanvir Ahmed, the chargé d’affaires at the Embassy of Pakistan in Egypt.

“We have a very cordial and very fraternal relationship with Egypt and these relationships are very historical and further strengthened by the common bonds of religion and cultural affinities,” said Ahmed.

Pakistan and Egypt have a firm partnership that encompasses diplomatic, economic, and military ties.

The Pakistani chargé spoke of joint ministerial commissions which have been occurring for over two decades, where ministers of both countries discuss business, politics, and more. Their foreign ministers sit down together every year, alternating between Islamabad and Cairo. Also, they have signed 20 memorandums of understanding to regulate various aspects of their bilateral relationship.

Their economic exchange is not huge, but with Pakistan exporting $230 million to Egypt and Egypt exporting $161 million to Pakistan, it is not insignificant.

“We have the Pakistan-Egypt military cooperation committee, they meet every year and decide major defense relations with each other,” said Ahmed. Currently officers from both countries travel to the other to receive military training. The two also share the designation of being a major non-NATO ally of the US, allowing them special access to training and finance.

Over the years, there have been other less official links between fighters in Egypt and Pakistan. Throughout Afghanistan’s war with the USSR in the 1980’s Egyptians looking to fight flooded into Pakistan’s Federally Administered Tribal Areas (FATA) and the North-West Frontier Province (NWFP).

The FATA region today contains countless weapons, as well as militants attacking targets in both Afghanistan and Pakistan. “They [the Pakistani military] are doing this military training with all the other important players like the United States and with the help of China, our soldiers are getting training,” said Ahmed.

“We are also involving our community to help us to combat the terrorism, our people, our brothers from the border regions of FATA and Waziristan. And, inshallah, with the help of our brotherly countries, we will soon finish this terrorism in Pakistan.”

The unity of these “brotherly countries” is at the heart of how Ahmed envisions the future.

Despite the deep links of Islamic countries, as exemplified by the breadth of the relationship between Pakistan and Egypt, they still have many divergent priorities; is it really possible for them to speak with the single voice as Ahmed is asking?

The assumption that all Muslim dominated countries have identical goals was recently thrown into stark relief by the war in Syria. Saudi Arabia, Turkey, Qatar and others are heavily supporting the rebels, while Iran continues to support the regime, and others remain on the sideline. For their part, Muslim refugees are faced with different politics and prejudices in each Islamic country they find themselves in.

There is even dissonance between Pakistan and Egypt on key issues.

For example, the subject of Palestine and Israel, which the OIC, at its Islamic Summit in August, called “the central cause of the Islamic Ummah.”

On the subject, an official at the Pakistani embassy recently said, “we are firmly on the side of the Palestinians.”

This would likely be a similar response to that which an Egyptian official would offer. While they share the goal, their methods are incredibly divergent. Egypt famously has a peace treaty with Israel, which Morsy, despite all the rhetoric since his election, has firmly stood by. In contrast, Pakistan’s passports read, “this passport is valid for all countries of the world except Israel.”

The dream of a seamlessly unified Islamic Ummah may not be possible, but close ties between two of the most populous countries in that Ummah continue to progress.

“We’re trying to improve our trade relations, our diplomatic relations, and many political visits are planned,” concluded chargé d’affaires Tanvir Ahmed. “The visit of President Mohammed Morsy is planned. So things are going very positively and in a very good direction, and I hope in the future things will improve.”