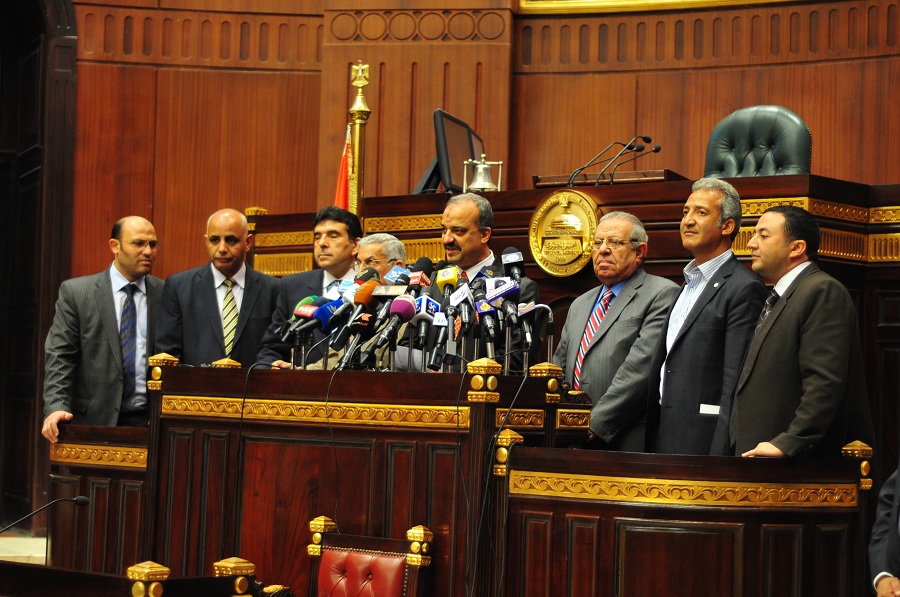 The final draft of Egypt’s new constitution is “nearly ready” as stated in a press conference held on Wednesday afternoon. It was announced the referendum on the constitution will be a “yes” or “no” choice, not a vote on individual articles.

A campaign to raise awareness about the constitution was launched by the Constituent Assembly. The 6 April youth movement and members of the former ruling National Democratic Party have launched campaigns encouraging citizens to the reject this draft.

Mohamed El-Beltagy, chairman of the committee on proposals for the Constituent Assembly, announced the draft of Egypt’s new constitution is nearly ready for the public to see. There are still sections that have not been completed; including those on local government and the judiciary. Some articles on executive power and the role of the military in the Egyptian state will be completed next week.

El-Beltagy said that he has listened to many viewpoints, “from communities and different bodies in Egypt for the last three months, since the start of this process.”

He emphasised this was not the final draft of the constitution and it will be changed if the people of Egypt desire it. The draft will be made available for all Egyptians to see, in this way it is hoped all of Egypt will contribute to process of writing the final constitution.

El-Beltagy denied that there will be a vote on individual articles and stated, “the referendum will be on the constitution as a whole and will be one of two options, yes or no.”

Many have accused the Constituent Assembly of being dominated by Islamists and there have been calls to boycott the assembly, the most recent of which came from a group lead by Al-Dostour party chairman, Mohamed ElBaradei, and former presidential candidate, Hamdeen Sabahy.

These figures released a statement signed by various political figures and party leaders calling on President Mohamed Morsy to put together “a new assembly which is balanced and ensures no one party or ideology dominates the constitution as part of fulfilling his previous electoral promise of recomposing the assembly so that it represents the entire nation.”

Amongst those who reject this draft of the constitution is the 6 April youth movement. One of the leaders of the movement, Mohammed Adel said on Wednesday, “we want a civil constitution for all the people of Egypt.” In order to achieve this, the 6 April group has decided to launch a campaign called “protect your constitution.”

AhramOnline also reported on Sunday that some members of the former ruling National Democratic Party had formed another campaign named “reject your constitution.” The group rejects the constitution on the grounds that Islamists had the final say on sixty per cent of the articles in the draft constitution.