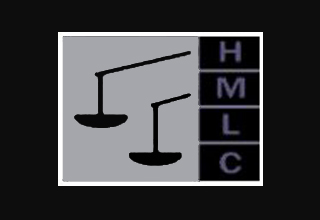 Hisham Mubarak Law Centre is to launch an anti-torture campaign to reveal the extent of human rights abuses, with evidence gathered from hundreds of testimonies. Starting 14 October, the Nation Without Torture campaign seeks to pressure authorities on torture cases filed since 25 January 2011.

The start of the campaign will be a conference held at the centre’s office at 6 pm on Sunday. According to Ahmed Yousry, programme and workshops coordinator at HMLC, the conference plans to recruit campaign volunteers and assign tasks accordingly.

Hind Nafaa, the executive secretary at HMLC, is one of the many who were tortured during the events of the Cabinet Offices.  Nafaa said that the campaign has been compiling torture cases since the uprisings began, including pictures and names of police officers who have tortured protestors. “We want fair trials,” she said.

According to Nafaa, the volunteers in the campaign were not only tortured during protests, but also in prison. She said that the campaign is calling for the enforcement of laws that ban torture in Egypt, along with the enforcement of effective supervision of prisons. “As ex-detainees, we are considering filing a collective suit against the perpetrators,” said Nafaa. Nafaa is accused of several charges regarding the Cabinet Offices events.

President Mohamed Morsy recently announced a general amnesty for crimes that occurred during the revolution. Nafaa is satisfied with the amnesty decree because the detained people will be released. However, Nafaa said that on a personal level she is not satisfied with the amnesty because she is not a criminal adding that she will carry out the litigation procedures and prove her innocence.

According to Yousry the centre provides support and is open to adopting Human Rights initiatives, but the tasks are carried out by the volunteers. Yousry said that HMLC provides advocacy services to the victims, in addition to pressuring authorities.

Lawyers handle the cases free-of-charge, working side by side with the other members of the campaign. “There are lawyers on standby in case of any Human Rights violations occurring at police stations late at night,” said Yousry.

Nation Without Torture is not the first campaign by HMLC to address human rights in Egypt. The centre launched a campaign on Wednesday on freedom of thought and belief “in response to the current situation” said Yousry. He added that freedom of expression and belief is a fluid subject and has become a controversial issue.