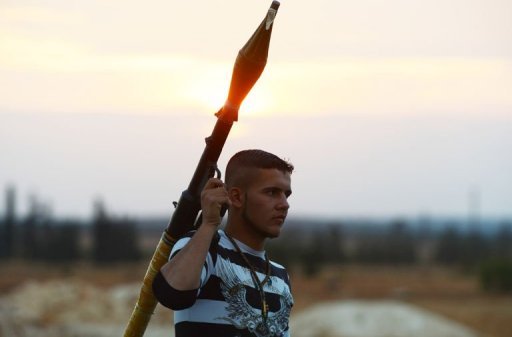 The envoy, who has previously held out little prospect for a negotiated end to a conflict both sides seem determined to decide on the battlefield, would have “wide-ranging talks on the prolonged crisis in Syria,” said his spokesman.

Brahimi had first gone to the Middle East in mid-September, visiting Damascus, where he met Syrian President Bashar al-Assad — but earned no promises of concessions from him.

In an interview with AFP on Tuesday, UN Secretary General Ban Ki-moon said Brahimi would soon return to Damascus to try again to meet with Assad.

Ban suggested Brahimi could go to the Syrian capital next week if his meetings in the region this week were productive.

Brahimi’s second regional tour comes as Syrian forces battle rebels across the country, with fighting focused in an eastern belt of Damascus, in the northern city of Aleppo, in the central city of Homs and in Daraa province in the south.

The Syrian Observatory for Human Rights said at least 69 people were killed in clashes Wednesday in the northern province of Idlib, where rebels are trying to secure a swathe of territory abutting the Turkish border that will serve as a “buffer zone.”

Regime forces from early Thursday resumed shelling of Maaret al-Numan, seized two days earlier by rebels and which has since been the theatre of heavy fighting, the Britain-based watchdog said.

Syria’s army has sent reinforcements to help retake Maaret al-Numan and other nearby towns so that road links can be restored with Aleppo, which since mid-July has been one of the main focuses of the civil war.

But insurgents say they have been trying to halt the advance using rocket launchers and improvised explosive devices.

The rebels on Wednesday launched an attack on army positions in Aleppo’s landmark Umayyad Mosque in the heart of the Old City adding to the urgency for the army to restore its supply lines.

In the central province of Homs, the town of Qusayr and rebel districts in the city of Homs were shelled and bombed by warplanes on Thursday, the Observatory said.

The army has intensified operations against Homs and Qusayr, which have been besieged by troops for months, vowing to overrun them by the end of the week to free up forces for northern battle zones.

Nationwide at least 198 people were killed across Syria on Wednesday, the Observatory said, adding to more than 32,000 who have died since the start of the uprising in March 2011.

Assad’s regime has insisted the insurgents must stop the violence first as it turned down a call issued by the UN secretary general.

“We told Ban Ki-moon to send emissaries to the countries which have influence on the armed groups, so that they put an end to the violence,” foreign ministry spokesman Jihad Maqdisi said on Wednesday.

Russia, meanwhile, stepped into the row over a Syrian plane intercepted after it took off from Moscow carrying 35 passengers, including 17 Russians.

Ankara scrambled two jets Wednesday to force the Airbus A-320 jet to land in Ankara on suspicion it was carrying weapons and ammunition.

“We are concerned that this emergency situation put at risk the lives and safety of passengers, who included 17 Russian citizens,” a Russian foreign ministry statement said.

“The Russian side continues to insist on an explanation of the reasons for such actions by the Turkish authorities.”

“There is illegal cargo on the plane that should have been reported” in line with civil aviation regulations, Davutoglu was quoted as saying by Anatolia.

“There are elements on board that can be considered objectionable,” he said, adding that Turkey would hold on to the cargo for further investigation but declining to elaborate on the contents.

Tensions have been running high between Ankara and Damascus since the eruption of the Syrian conflict and were inflamed after a series of shell strikes from Syria on Turkish soil, including one attack that killed five civilians last week