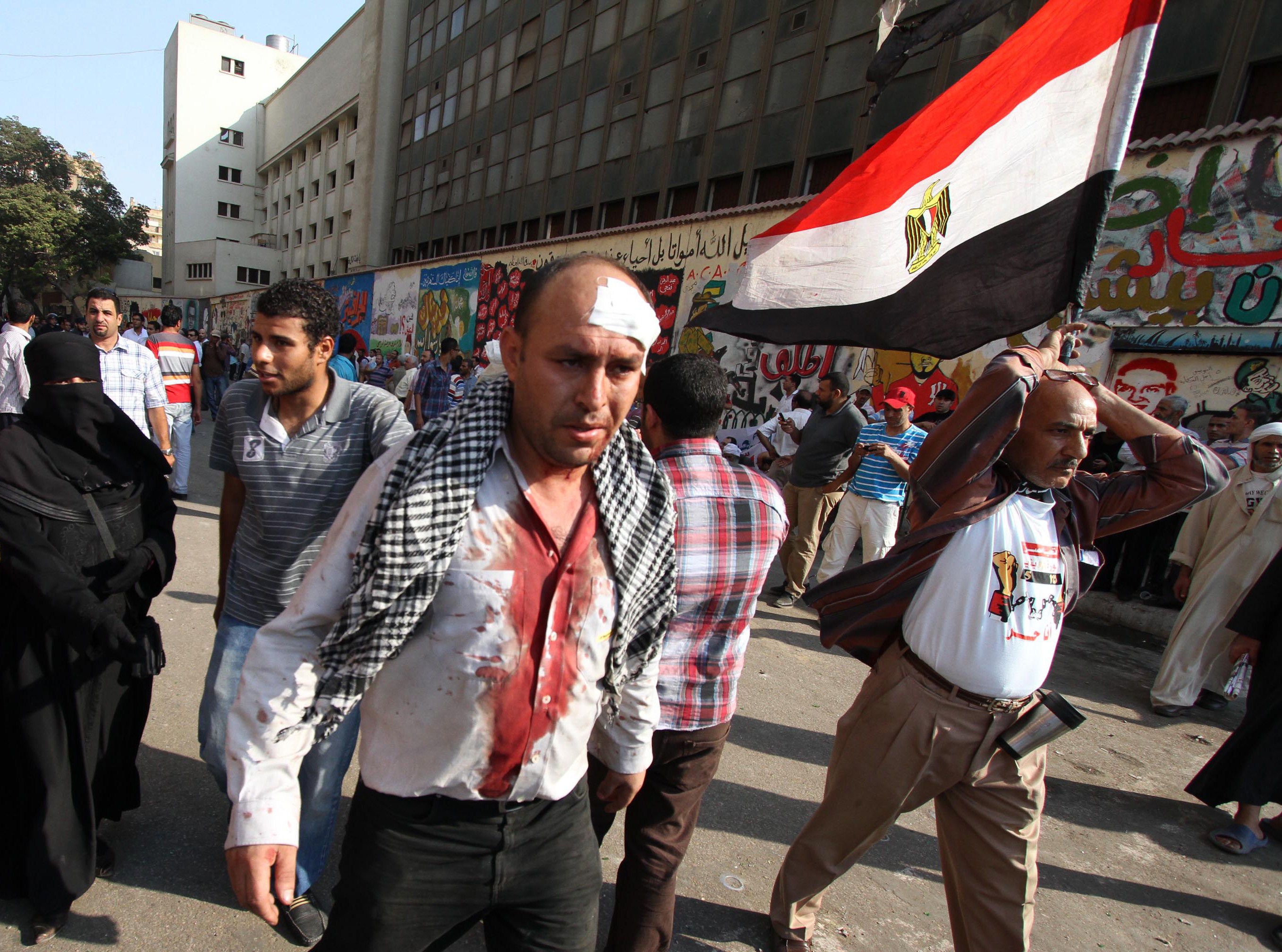 Secular and progressive groups have accused the Muslim Brotherhood and its Freedom and Justice Party of hijacking their Tahrir Square protest on Friday, and of instigating clashes to distract public opinion away from the protest’s original demands.

In a Saturday press conference called for by the same groups that organised the Friday protest and marches, Socialist Popular Alliance Party member Khaled El-Sayed read a statement condemning the Brotherhood and calling on President Mohamed Morsy to order an independent and expedient investigation into Friday’s events.

“Our protest was announced almost a month ago and then suddenly the Brotherhood also wants to protest at the same time and place; what happened yesterday was planned to distract from our demands, such as the formation of a new Constituent Assembly,” said El-Sayed.

He added that the groups will stick to their demands, which are “a constitution for all Egyptians; the introduction of a minimum and maximum wage; justice for the martyrs; and purifying the judiciary.”

“The Muslim Brotherhood is re-enacting the methods of the old regime, yesterday was reminiscent of the Camel Battle and [the] Maspero [massacre],” said El-Sayed.

“This is an attempt by the ruling party to discredit the opposition by showing us as violent but we will always remain peaceful,” he added.

According to El-Sayed there will be a meeting between the groups who called for the protest and press conference, which include the Dostor Party, the Egyptian Social Democratic Party, the Socialist Popular Alliance Party, the Free Egyptians Party, the Youth for Justice and Freedom Movement, the April 6 Youth Movement (Democratic Front) and several other revolutionary and youth movements.

Several liberal and leftist groups announced planned protests for Friday in Tahrir Square over two weeks ago, calling for the dissolution of the Constituent Assembly tasked with drafting Egypt’s new constitution, and the formation of another assembly that adequately represents all segments of Egyptian society.

Following the acquittal of all the defendants in the trial of the Battle of the Camel, the Muslim Brotherhood also called for a large protest in Tahrir Square on Friday.

The two groups of protestors clashed repeatedly, following the destruction of a stage set up by the Socialist Popular Alliance Party. The stage was destroyed by a Muslim Brotherhood member after a speaker criticised President Morsy.

Muslim Brotherhood leaders Essam El-Erian and Mohamed El-Beltagy called on members of the group to leave Tahrir Square as the clashes intensified, while the Brotherhood released a statement saying none of its members were in the square to begin with.

Neither President Morsy, Prime Minister Hesham Qandil nor Minister of Interior Ahmed Gamal El-Din have released statements regarding the clashes. The Ministry of Interior called on protestors to reject violence but police forces were not present at any point.