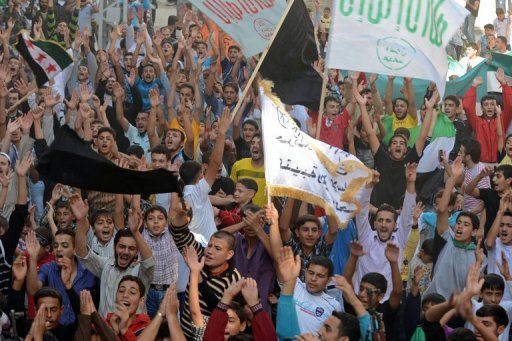 Damascus (AFP) – Peace envoy Lakhdar Brahimi and German Foreign Minister Guido Westerwelle were in Turkey on Saturday for talks on the Syrian conflict following a spike in tensions between Damascus and Ankara.

With rebels in control of large swathes of the border area, a series of incidents of cross-border fire this month have sparked retaliatory shelling by NATO member Turkey and raised international concern about the potential for escalation.

Westerwelle, whose visit to Turkey was hastily scheduled, called for calm and restraint ahead of his meetings. “It is important that no one pours oil on the fire,” he said.

Syria said it was ready to set up a joint committee to oversee security on the border, as Turkey stepped up warnings of reprisals for any further shelling, such as that which killed five Turks on October 3.

The Syrian foreign ministry said it has been discussing with Russian diplomats the idea of a joint committee to avoid border misunderstandings.

Brahimi, a veteran Algerian diplomat who is envoy of the United Nations and the Arab League, arrived in Istanbul from talks in Saudi Arabia.

The Damascus regime accuses both governments of arming rebels seeking to overthrow it.

Turkey intercepted a Moscow to Damascus flight on Wednesday, confiscating a cargo of radar equipment, which sparked a new war of words between the Russian and US governments.

Washington acknowledged that Moscow had broken no rules in allowing the cargo on board the flight but said it was morally reprehensible for maintaining its alliance with Assad’s government.

“We have been saying for almost a year now, that no responsible country ought to be aiding and abetting the war machine of the Assad regime,” said State Department spokeswoman Victoria Nuland.

Russian Foreign Minister Sergei Lavrov said the Syrian Air flight had been carrying radar equipment, that could have either civilian or military uses, and insisted Moscow had violated no laws.