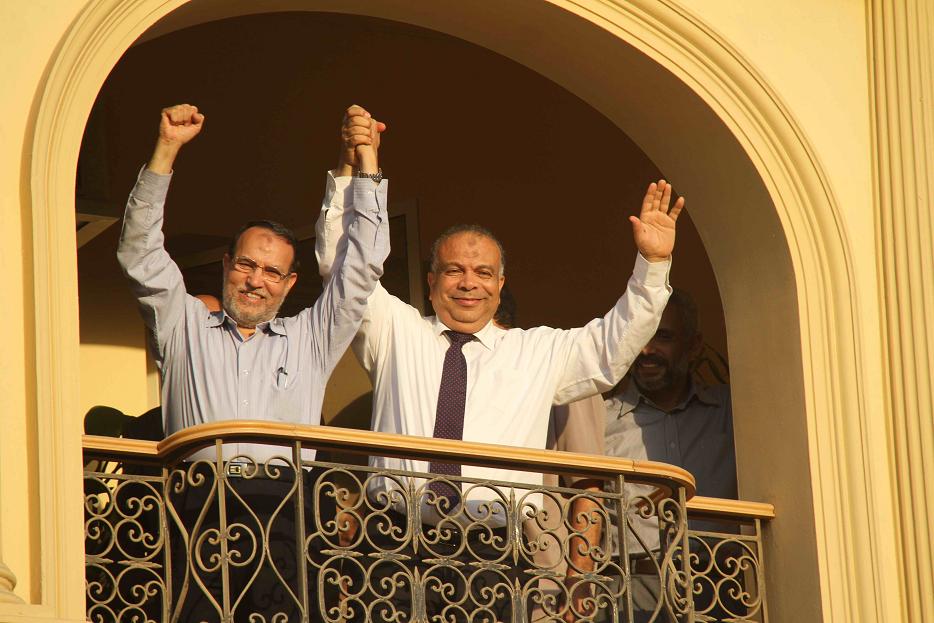 Two press conferences were held on Saturday at the headquarters of the Freedom and Justice Party (FJP) to launch the campaigns of Essam El-Erian and Saad El-Katatny for the presidency of the party.

Essam El-Erian, the acting president of the FJP, said that his electoral program includes re-launching the party through expanding the membership base and strengthening the roles of youth and women in the party.

El-Erian accused Prosecutor General Abdel Meguid Mahmoud of complicity with the former regime and covering up corruption and crimes committed against Egyptian people.

“Why weren’t the figures of the former regime prosecuted before the revolution?” El-Erain said.

He also blamed Mahmoud for the prosecution of opposition politicians like Ayman Nour and Hamdeen Sabahy before the revolution.

“I don’t have the authority to threaten the prosecutor general but we revolted against an oppressive and corrupt regime. Nobody can threaten a judge, judges hold themselves accountable through judicial inspection,” he said.

El-Erian, running under the slogan “Free people… Strong party… and Good Governance” said  his campaign will contact that of the other candidate, the former party secretary general and speaker of the dissolved People’s Assembly Saad El-Katatny, to discuss holding a debate between both candidates.

Sabah El-Saqary, secretary of women, withdrew from the election earlier in favour of El-Katatny, saying  they shared the same vision.

El-Katatny started his speech explaining his reasons for running in the elections and his 10 point electoral program with the slogan “Strong Party contributing to Building Egypt.” His programme includes preparing youth for leadership, strengthening the role of women and developing financial resources. The party is currently funded through membership fees and members’ donations.

“The FJP need to continue building its inner structure which requires great efforts and a long political experience,” Katatny said.

He added that the FJP doesn’t aim to control all institutions in Egypt; he intends to cooperate with other political powers to build a democratic system.

“We’re now preparing for the next municipal and parliamentary elections, we have to keep in the lead of the parliamentary work” he said.

Regarding alliances, he said the FJP is considering who to cooperate with, as different parties with similar ideologies have allied with them in the last months.

“The competition between El-Erian and I is a real one, this is the first democratic experience in the party” El-Katatny said; he also called on the media and the civil society to supervise the elections which will be held next Friday at 10 am in the Educational city in the 6th of October district.