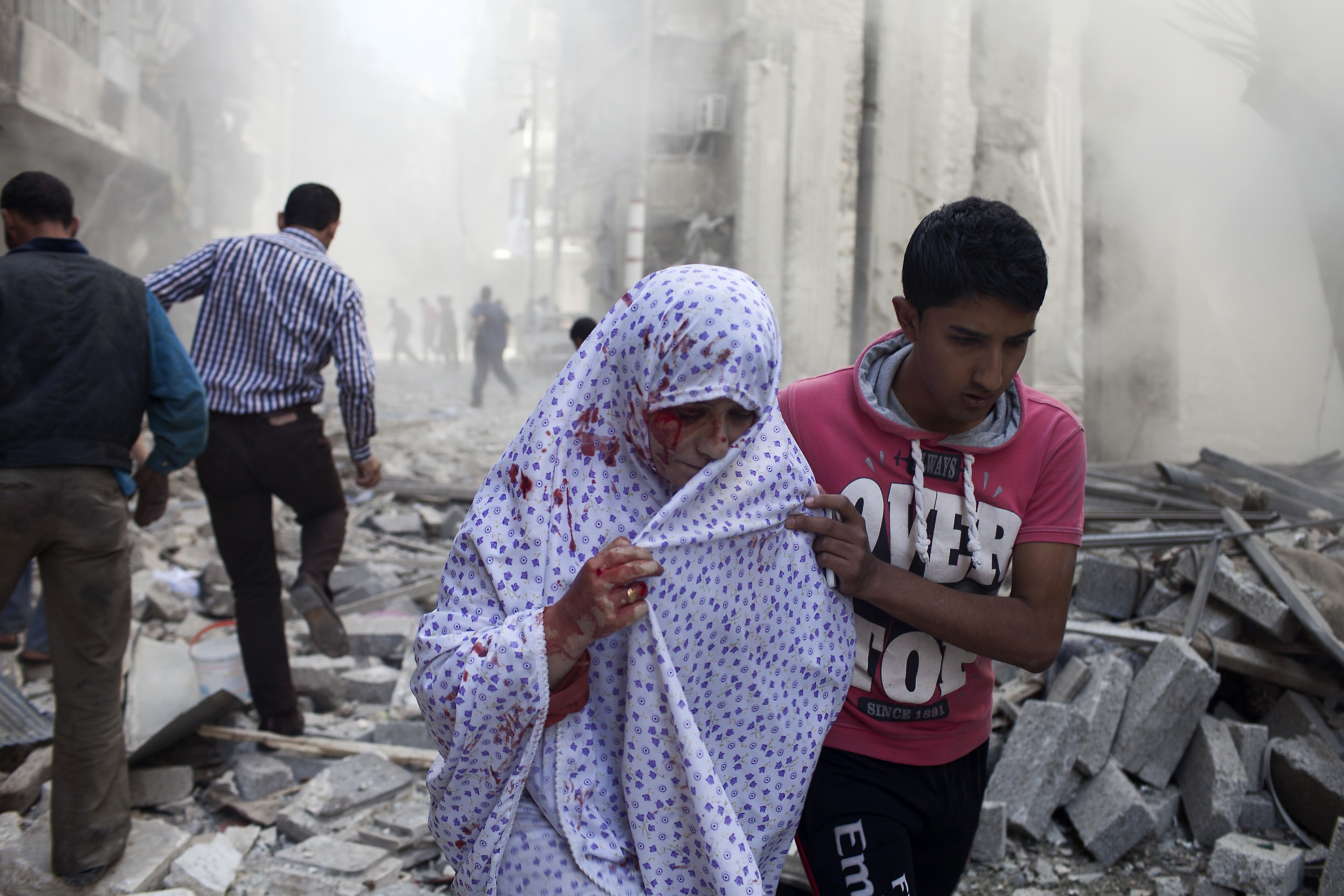 Beirut, (AFP) – Human Rights Watch on Sunday accused the Syrian air force of using cluster bombs against rebels and in populated areas across the country.

“Syria’s disregard for its civilian population is all too evident in its air campaign, which now apparently includes dropping these deadly cluster bombs into populated areas,” said Steve Goose, arms director at the New York-based group.

“Cluster bombs have been comprehensively banned by most nations, and Syria should immediately stop all use of these indiscriminate weapons that continue to kill and maim for years,” he said in a statement.

HRW reported their increased use in the past week, notably in the Maaret al-Numan area where the armed forces have been locked in combat with rebels for control of the highway linking Damascus to the northern city of Aleppo.

But cluster bombs were also being dropped in the provinces of Aleppo, Homs, Latakia and Damascus, it said, basing its findings on videos posted online by Syrian activists.

“The cluster bomb canisters and sub-munitions shown in the videos all show damage and wear patterns produced by being mounted on and dropped from an aircraft,” said HRW, although it did not have information on casualties.

Syria has not ratified a convention banning cluster bombs that has been adopted by 109 countries since 2008. The weapon is estimated to have claimed tens of thousands of lives since 1965.

A cluster bomb can carry up to 650 sub-munitions which are sprayed over a large area and designed to detonate on impact.

But between five and 40 percent of them fail to explode and turn into anti-personnel mines which can prove deadly for civilian populations, according to Handicap International.

The NGO says that 98 percent of victims are civilians, 27 percent of them children who mistake the objects for toys.