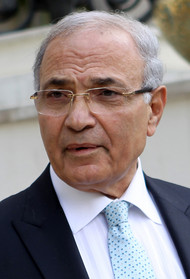 Today was supposed to be the opening of a high-profile trialover political corruption that occurred under the leadership of Hosni Mubarak, instead a Cairo criminal court postponed the trial to 18 November reported Al-Ahram news agency.

The trial is less important for the crime itself, the selling of land for 75 piasters that should have cost eight pounds per metre, than it is for the men involved. The four biggest names are Ahmed Shafiq, former prime minister to Mubarak and runner up in the presidential elections, Mubarak’s two sons, Gamal and Alaa, and air force lieutenant Nabil Shokry.

On the first day of the trial the defence of Shafiq said the charges against him were slanderous, a claim Shafiq made shortly after losing the election.

Nabil Shokry’s defence claimed there was not enough evidence to charge him. In addition, an account was offered of his time fighting in the war against Israel, Al-Ahram reported.

Gamal and Alaa, said that they had every intention of giving up the land that they were accused of receiving.

Finally, the defence also reiterated a claim made by members of the media and Shafiq’s camp that this case is politically motivated.

Outside the court supporters gathered to show their solidarity with Shafiq and his co-defendants.

Shafiq was not present at the trial because he currently resides in the United Arab Emirates. In September an arrest warrant was issued for Shafiq, which placed him on the border watch list for apprehension in case he returns to Egypt. He said he has no fear of a return, but has so far failed to do so, notably missing the funeral of former peer Omar Sulieman.

Shafiq has not been out of the news during his absence. Mahmoud Abd El-Meguid, the public prosecutor currently under fire in Cairo, went so far as to ask INTERPOL, the international policing agency, to arrest Shafiq.

Despite living outside Egypt Shafiq is at the head of a new political party in Egypt titled the Egyptian National Movement, which is trying to be a voice for those who do not want to vote for progressive parties or Islamist parties.