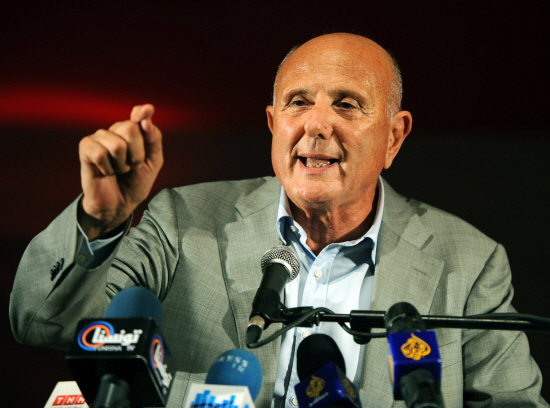 Tunis (AFP) _ Tunisia will go to the polls next June, the Islamist-led government said Sunday, after striking a deal on a new constitution for the North African state which was the cradle of the Arab Spring.

The announcement of the June 23 date for both presidential and parliamentary elections came after National Constitutent Assembly speaker Mustapha Ben Jaafar told AFP in an interview that a key proposal by the Islamist Ennahda party to outlaw blasphemy in the new constitution would be dropped.

The proposal stoked fears of creeping Islamisation in Tunisia, which has been wracked by political tensions and a wave of violent attacks in recent weeks that have been blamed on radical Salafists.

Ennahda and its coalition partners — centre-left parties, the Congress for the Republic (CPR) of President Moncef Marzouki and Ettakatol — also agreed that a second round in the presidential ballot will take place on July 7.

A statement said the parties agreed “on a mixed political system in which the president will be elected by universal suffrage for a better balance of power, including at the heart of the executive branch.”

Disagreement has been rife over the content of the constitution and the political system in Tunisia, which sparked the Arab Spring when it ousted veteran strongman Zine El Abidine Ben Ali early last year.

Ennahda, an Islamist party which touts itself as moderate, won Tunisia’s first post-uprising poll in October, taking 41 percent of the seats in the National Constituent Assembly.

It said that Islamic law would not be inscribed in the new constitution and eyed a parliamentary system, while the other parties insisted that key powers should be held by a president elected by universal suffrage.

But polls can only be held after parliament adopts the new constitution which is being drafted by the interim assembly.

Assembly speaker Jaafar told AFP this week that a first draft of the text will be submitted in November to parliament which is expected to debate each article over a period of several months before a vote takes place.

The ruling coalition also agreed overnight on setting up an independent electoral commission to be headed, according to sources, by Kamel Jendoubi, architect of Tunisia’s first free polls in October last year.

The compromise is a leap forward in Tunisia, a still fragile nation despite the gains achieved from the revolution that ousted Ben Ali in January 2011.

Jaafar, who heads Ettakatol party, admitted in the interview with AFP this week that the coalition government had made several “mistakes” and “lacked firmness” towards the increasingly assertive Salafist movement.

The government also has been accused of authoritarian tendencies, and of having failed to make progress on social and economic issues that were driving factors behind the revolution.