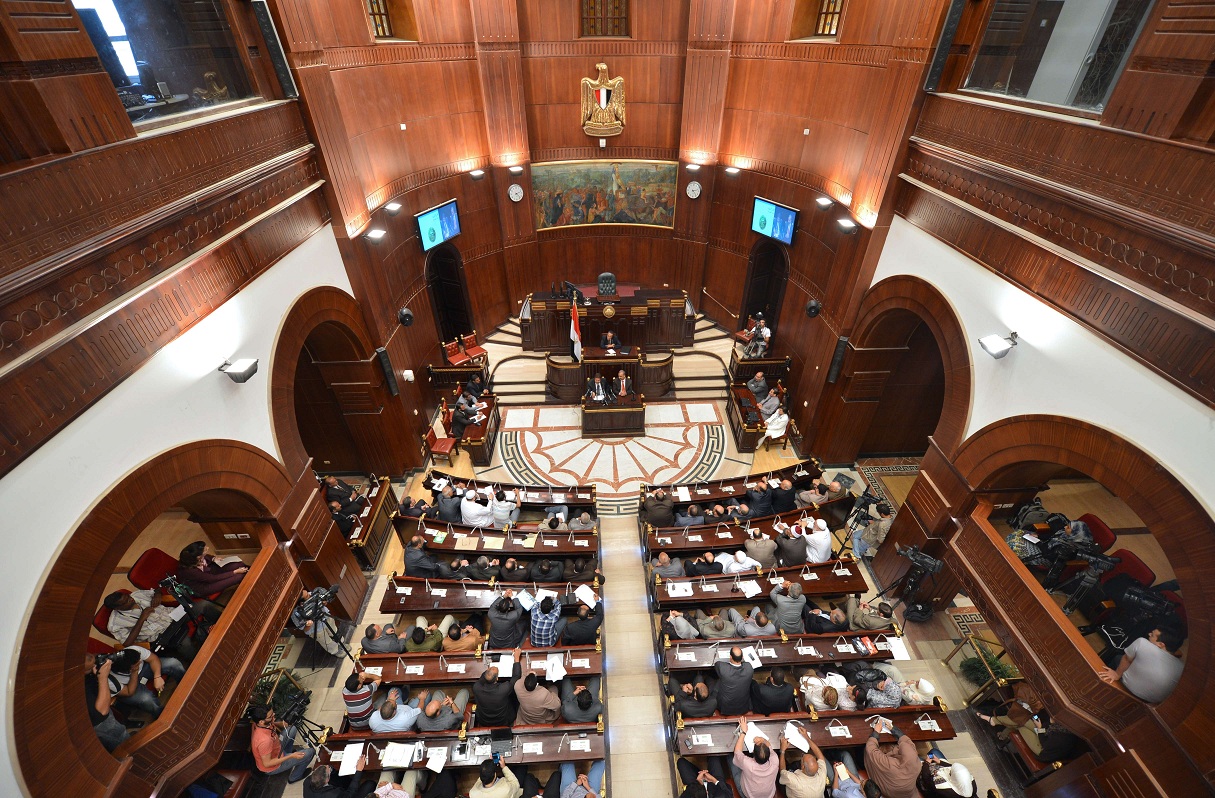 A preliminary draft of the Egyptian constitution made available by the Constituent Assembly demonstrates increasing religious undertones to the state and a decrease in granted freedoms in comparison to the previous constitution.

The draft was released to allow for public discussion and dialogue, and will also be discussed within the assembly itself. It will be subject to amendment based on the feedback the Constituent Assembly receives and a more final draft is expected to be released in three weeks time.

Daily News Egypt will be analysing a section of the constitutional draft every day, starting with the first section on the main principles underpinning the state, titled “the state and society”. Clause by clause translation will be provided for each section as well and can be accessed through our website.

While the controversial Article 2 denoting the principles of Islamic Shari’a as the main source of legislation was kept in place, despite Salafi objection calling for the removal of “principles” or replacing it with “rulings”, it will now be followed with an article that threatens freedom of belief.

Article 3 of the released draft states that Egyptian Christian and Jews are subject to their own religious laws when it comes to personal and religious issues and when electing spiritual leaders.

This article, combined with Article 2, forces all Egyptians to adhere to Muslim, Christian or Jewish religious laws when it comes to personal affairs like family and divorce laws, meaning the state recognises only three religions. Apparently, Egyptians of other faiths or those who adhere to none will be still be subject to the laws of those three religions. Combined with other articles in the rights section, this article likely means those who do not adhere to the official state recognised religions will not enjoy full rights under the constitution.

The following article, which declares Al-Azhar as an independent Islamic body with a mandate to spread Islam across the world, gives the religious institution’s Council of Senior Scholars an advisory role in determining what the principles of Islamic Shari’a mentioned in Article 2 are.

A general principles article at the end of the draft defines the “principles” of Shari’a as “including its holistic evidences; fundamental and doctrinal laws, and trusted sources in the Sunni Islam schools of thought.”

Article 9 names the family as “the basis of society” and states that “religion, morality and patriotism” are the fundamentals of family. It also obliges the state to “protect the authentic values of the Egyptian family, ensure its stability and protect its traditions and moral values.”

This article raises questions over the implementation, as a strict reading could lead to state discrimination against citizens who do not adhere to traditional family values or cultural norms, especially as these values are not defined in the constitution.

The article that follows is similar in that it pledges state protection for and sponsorship of, “public morals and manners,” as well as its “empowering of authentic Egyptian traditions,” and its guarantee of of moral, religious, national values including: scientific truths; Arab culture; and the historical culture of the people.

Pledging the state’s protection for ambiguous concepts without defining either the concepts themselves such as public morals, or defining what such protection entails, could allow constitutional articles to be used to curb dissent and to stifle expression of non-mainstream views.

Article 11 pledges the state’s obligation to “protect the cultural, civil and linguistic unity of Egyptian society and works towards the Arabisation of knowledge and the sciences.”

Such an article clearly states that there is only one national culture in Egypt, thereby alienating other cultural minorities such the Nubians or the Amazigh when it comes to language, or even the Sinai Bedouins who are Arabic speakers but have different cultural practices than that of the majority.

Overall, the first section of the constitution establishes a state and society that are discriminatory towards minorities and those who do not adhere to mainstream views, whether in religion, language, culture, family values or even schools of thought.