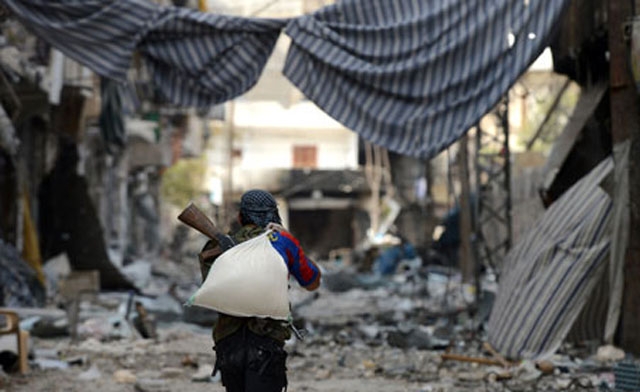 AFP _ The majority of weapons secretly shipped to Syria at the behest of Saudi Arabia and Qatar go to hard-line Islamic rebel groups rather than more secular organizations favoured by the West, The New York Times reported Monday.

Citing unnamed officials, the newspaper said this was the conclusion reached in classified reports presented to President Barack Obama and other senior officials.

This situation has prompted officials to voice frustration over the fact that there is no central clearing-house for the shipments and no effective way of vetting the groups that receive them, the report said.

Because of this, Central Intelligence Agency Director David Petraeus travelled secretly to Turkey last month in a bid to steer the supply effort, the report said.

The CIA has not commented on the trip.

Petraeus’s goal was to oversee the process of “vetting, and then shaping, an opposition that the U.S. thinks it can work with,” the paper quoted an unnamed Middle Eastern diplomat as saying.

The CIA has also sent officers to Turkey to help direct the aid, but the agency lacks good intelligence about the many rebel figures and factions operating in Syria, The Times noted.