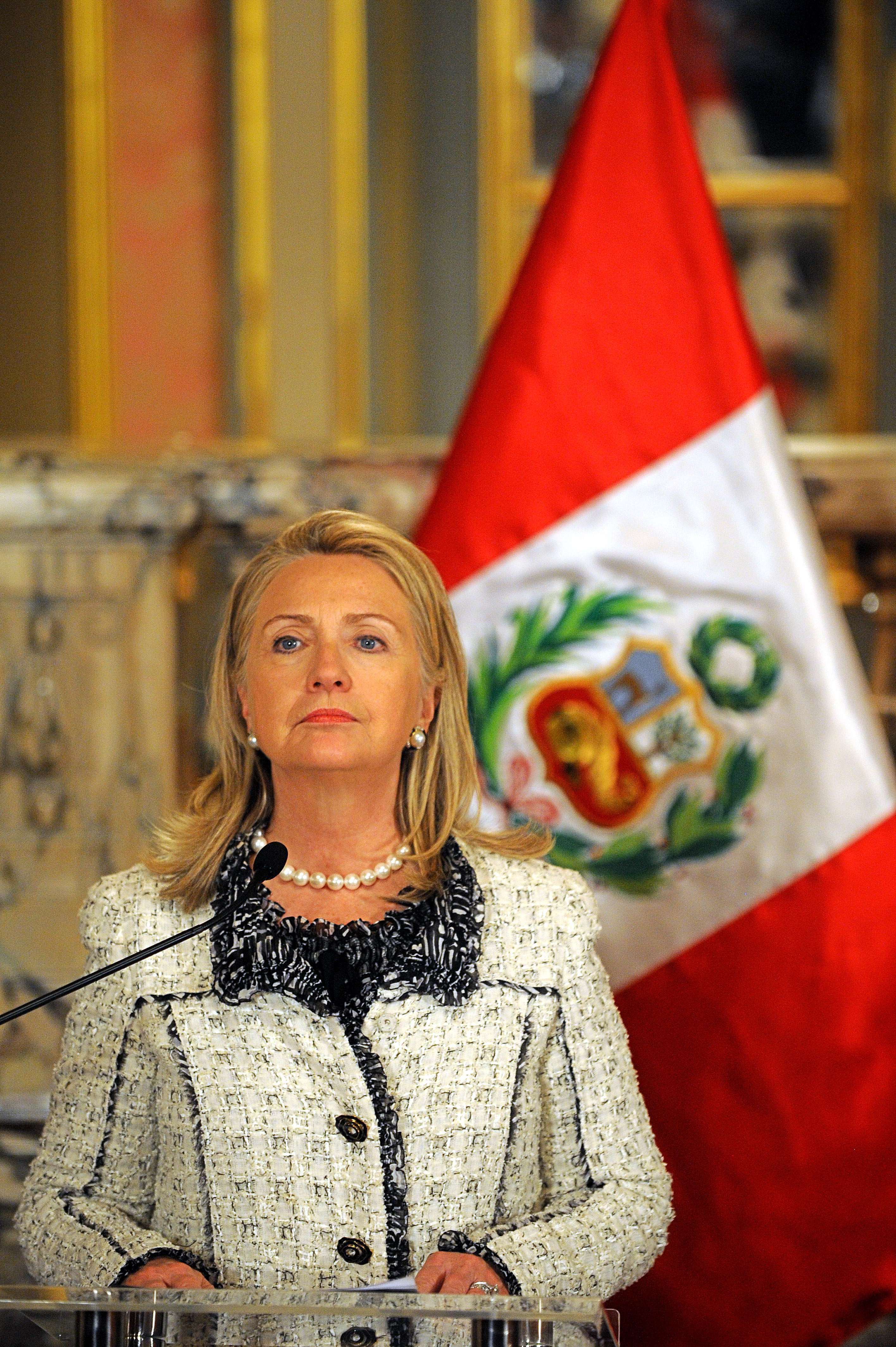 Lima, (AFP) — United States Secretary of State Hillary Clinton said Monday she takes the blame for any shortcomings in the handling of an attack last month on the US mission in the Libyan city of Benghazi.

“I take responsibility,” she said, according to the news networks CNN and Fox, which interviewed her during a visit to the Peruvian capital Lima.

“I’m in charge of the State Department, 60,000 plus people all over the world, 275 posts,” she said, in a brief excerpt of the CNN interview, in which she absolved President Barack Obama from blame.

“The president and the vice president certainly wouldn’t be knowledgeable about specific decisions that are made by security professionals,” she said.

Obama has come under fire from his critics over the attack, which left four Americans dead, and Clinton’s move will be seen as an attempt to take the heat off him three weeks before he bids for re-election in the 6 November polls.

On 11 September, heavily-armed militants stormed the US consulate compound in Benghazi and fired on a nearby annex, killing the four Americans, including the US ambassador to Libya, Chris Stevens.

In the immediate aftermath, Obama administration officials said they appeared to be linked to protests in the Muslim world against a film shot by US-based activists and deemed insulting to the Islamic faith.

But it has since emerged that the prime suspects in the attack, now seen as a deliberate assault, are Islamist militants with links to Al-Qaeda.

State department officials testified at a congressional hearing last week that requests for additional security in Benghazi were turned down by their superiors within Clinton’s department.

Clinton has launched an internal investigation into whether there were any security failures in Benghazi, while the FBI and Libyan authorities have launched criminal investigations into the killings.

But Clinton said the buck stopped with her on security decisions and played down initial communications errors, saying there is always “confusion” in the first hours after an attack.

“The decisions about security are made by security professionals, but we’re going to review everything to be sure we’re doing what needs to be done in an increasingly risky environment,” Clinton said, according to Fox News.

In a joint statement. Republican senators led by John McCain said Clinton’s acceptance of responsibility “is a laudable gesture especially when the White House is trying to avoid any responsibility whatsoever.”

But the statement, also signed by senators Lindsey Graham and Kelly Ayotte, maintained that if Obama knew about earlier attacks on the Benghazi mission “then he bears full responsibility for any security failures that occurred.”

“The security of Americans serving our nation everywhere in the world is ultimately the job of the commander-in-chief. The buck stops there,” the statement added.

Clinton also again defended US officials against charges that they repeatedly changed their story about the events of September 11.

“As time has gone on, that information has changed. We’ve gotten more detail, but that’s not surprising,” she told CNN.

“That always happens, and what I want to avoid is some kind of political gotcha or blame game going on because that does a disservice to the thousands of thousands of Americans, not only in the State Department and USAID but in the military who serve around the world.”

And the top US diplomat said that, while it was her duty to try to protect staff in the field, they must not abandon risky places like Libya. “We can’t not engage,” she said. “We cannot retreat.”

Obama’s Republican rival in the elections, Mitt Romney, has accused the administration’s response of betraying a failed Middle East policy, and some of his supporters have gone so far as to allege a cover-up.

The candidates meet in a crunch debate on Tuesday, and Clinton’s intervention appears to have been timed to deflect attention from the White House as voting day looms and the polls show the race on a knife edge.

In the vice-presidential debate last week, Romney’s running mate Paul Ryan repeatedly said the unrest in the Middle East showed Obama had mishandled the Arab Spring and that his foreign policy was “unraveling.”

Vice President Joe Biden declared the White House had not been told that the Benghazi mission had requested more guards – a defense which Clinton’s statement appeared to support.