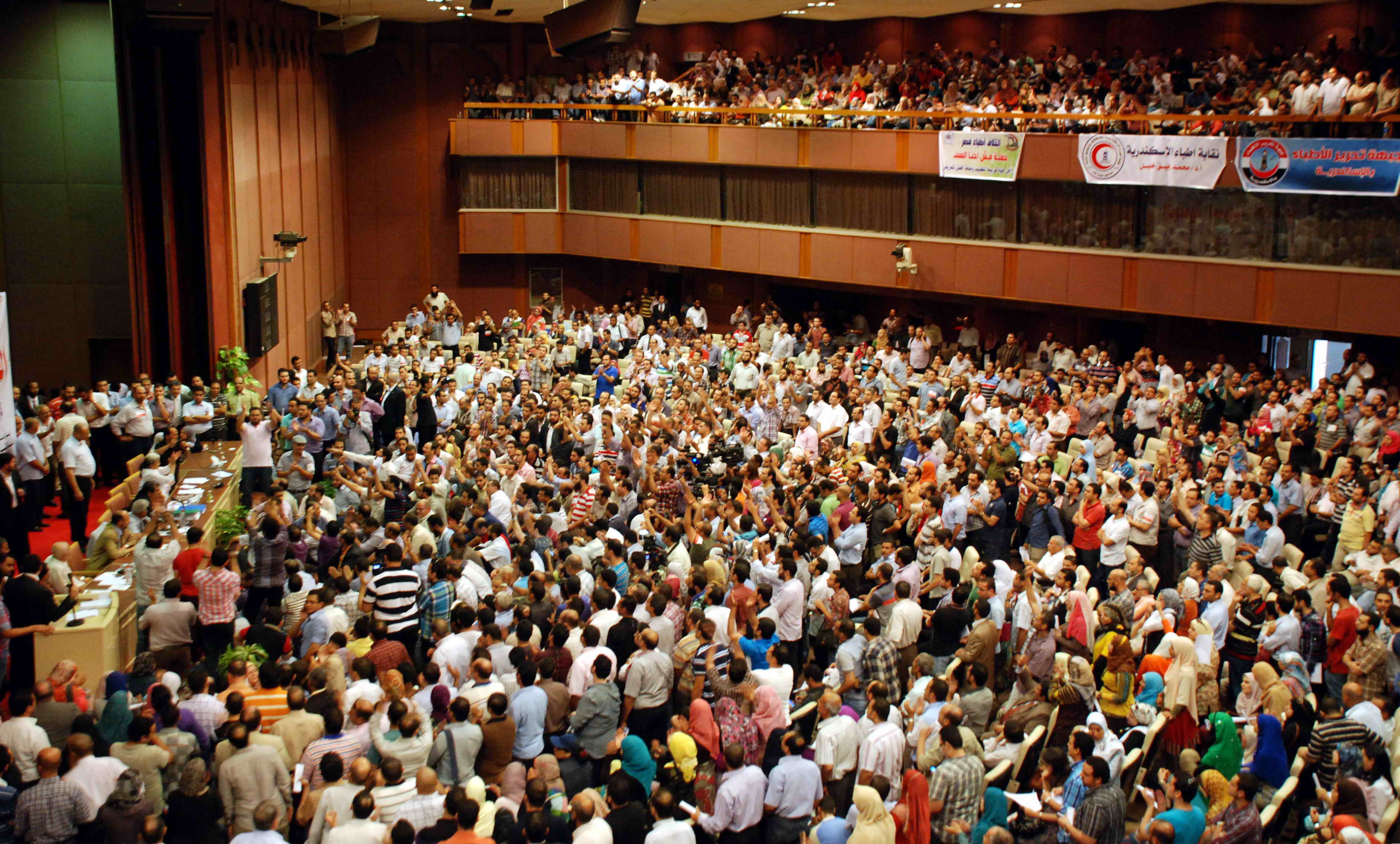 In spite of “rumours, psychological war, propaganda and disinformation” the partial doctors’ strike will continue, according to the general committee governing the industrial action.

While doctors maintain the strike, in its third week, is being conducted to guarantee better healthcare for patients, some news reports claim patients are being harmed by the strike.

“Why would they strike?” Shafiq asked, explaining that the consultants will not benefit from the strike because if it succeeds in improving healthcare in state-run Ministry of Health hospitals, then outpatient clinics will be adversely affected. “We are stopping the outpatient clinics which are a major source of income for consultants,” Shafiq said.

Ministry of Health officials were working to erode the strike in other governorates such as Gharbiya and Port Said, according to Shafiq.

In the second week of the partial strike which only targets state-run hospitals but doesn’t include university, police and military hospitals, the doctors decided that the theme of the strike would be the “free treatment strike.” They said that as part of the free treatment strike, they would make sure that patients don’t pay for treatment at the outpatient clinics but that they would get treatment for free instead. Shafiq explained that the doctors are managing to ensure this by pressuring the consultants who are supposed to be on call to provide residents with advice.

Instead the residents are the one who bear the burden in the internal departments which are running as part of the partial strike. Shafiq says that the consultants don’t sell tickets to patients because the doctors on strike tell them that they will have them present in the hospital as they should be.

The statement released by the committee added that the position of the General Doctors’ Syndicate has not been supportive of the strike despite showing ostensible support, but the reality indicates that the strike is not receiving material, logistic and media support from most of the people in the general syndicate.

In response to the claims that the general syndicate is not supportive of the strike, Ahmed Lotfy, the supervisor of the media committee in the general syndicate said, “this is not true. We are getting minute to minute updates from sub syndicates in the governorates and we are negotiating with the [Ministry of Health] and we have achieved accomplishments.”

Among these accomplishments, Lotfy said, “we have reached that the wage law will be completed by 15 December and will be included in the new budget for healthcare, which is prepared in January.”

He said the president has mentioned doctors’ rights in three different speeches. In addition steps have been taken to improve security in hospitals, which have experienced a number of attacks in recent months. “All of this has come after the strike and negotiations,” Lotfy added.

The doctors’ strike has been mired in factional fighting since it started on 1 October. Since the general assembly of the Doctors’ Syndicate convened in September, a rift appeared withing the syndicate, largely between the doctors on strike and the MB. “The position of the MB is a bit complicated… There are MB residents and young doctors.  Then, there are members of the MB in the sub syndicates in the governorates who control about half of the sub syndicates and members of the MB in the general syndicate and their position is against the strike,” Shafiq said.

The doctors have put forth three main demands: the passing of wage law that gives them a minimum wage, creating harsher penalties for those who attack hospitals and increasing the state budget for health to 15 per cent. As their latest escalatory step, they are currently on a campaign to gather assisted by a legal team.