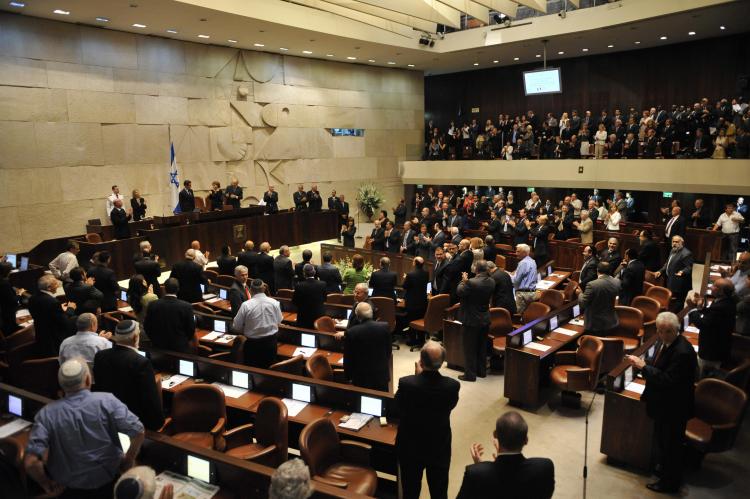 Occupied Jerusalem (AFP) – Israel’s parliament voted on Tuesday to dissolve itself and hold early elections on 22 January, a move championed by Prime Minister Benjamin Netanyahu whose coalition is leading in the opinion polls.

The dissolution of the Knesset was approved by 100 votes to none in a third reading after a lengthy session in the 120-seat chamber.

Last week Netanyahu announced he wanted to bring forward the election, originally scheduled for October 2013,  because of the current deadlock among coalition partners over the passage of a budget packed with austerity measures.

Opinion polls suggest that Likud party leader Netanyahu and his coalition of right-wing and religious parties will win comfortably given the fragmented opposition, regional tensions and the world economic crisis.

“I’m asking to hold elections on Tuesday, January 22, 2013,” Netanyahu told the house at the start of the debate.

Netanyahu has repeatedly said that the gravest strategic threat facing his country is a nuclear-armed Iran. The Islamic republic denies it wants nuclear weapons.

Israel, the Middle East’s sole, if undeclared, nuclear power, will not rule out military action to prevent Tehran obtaining such arms.

“Anyone who belittles the threat which a nuclear Iran poses to Israel is not worthy of leading Israel for even one day,” Netanyahu told the Knesset.

“Today we have the capabilities to act against Iran and its satellites; capabilities that we did not possess in the past,” he said, without elaborating.

Following the decision to call an election, the Knesset is immediately dissolved and an election recess comes into force, marking the official start of campaigning.

A survey published last week by the left-leaning Haaretz newspaper found that Netanyahu and his allies were set to increase their number of seats to 68, while the opposition, comprising centrist, left-wing and Arab parties, would win just 52.

The Israeli leader said his decision to call a snap election was driven by the deadlock among coalition partners over the passage of a budget packed with austerity measures.

But commentators said Netanyahu had called an early vote to capitalise on his current standing in the polls, which show him holding a commanding lead over any potential rivals for the premiership.

Netanyahu did suffer a political blow over the weekend with the unexpected departure of his very popular communications and social affairs minister Moshe Kahlon.

Kahlon has not explained his reasons for stepping down but media reports said he was upset that Netanyahu failed to promise him the finance portfolio in the event of an election victory.

“I have decided to take a break,” Kahlon, who headed his party list at the last elections in 2006, said in an open letter.

The next legislature will be the 19th in Israel’s history.