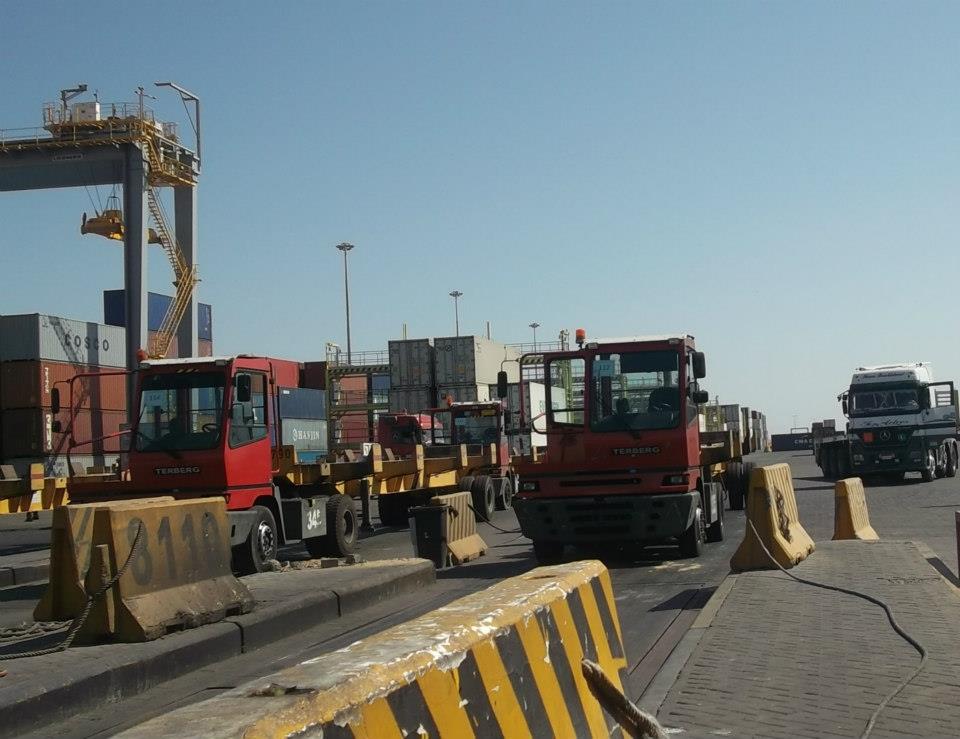 Suez Governor, General Samir Aglan, oversaw an agreement attempting to break the sit-in which has closed Sokhna port for the last five days.

The agreement, proposed by a committee of workers, labour activists and representatives of the governorate “is to be sent to [port management] DPWorld in the UAE to be studied, hopefully leading to an agreement which meets demands of both the workers and the administration,” said Saoud Omar, a member of the committee.

The strike in Sokhna port escalated after

DPWorld terminated the contracts of eight workers which led 2700 of their colleagues to take over the port and shut it down in support of the fired workers. The strike has caused anger among international companies as Sokhna is considered the southern gate to the Suez Canal.

On Monday, a counter protest was held by nearly 200 workers to highlight how the strike is threatening the income of 8,000 families working directly and indirectly with the port.