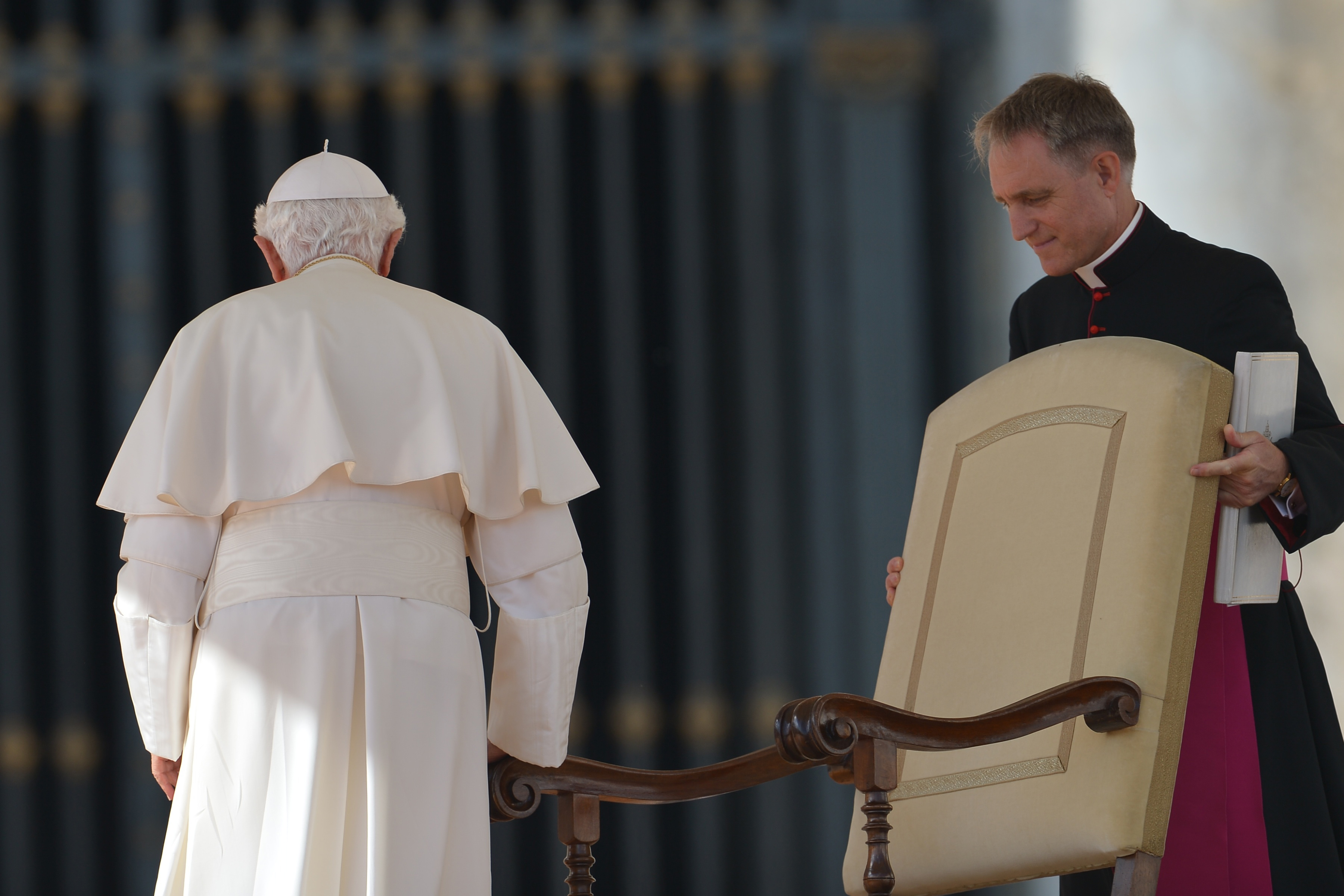 Vatican City, (AFP) – Pope Benedict XVI has engaged the Catholic Church in pushing for peace in Syria by dispatching a high-profile delegation to a country where Christians are divided on support for the rebels.

Vatican Secretary of State Tarcisio Bertone, the pope’s right-hand man, announced Benedict’s move on Tuesday to a synod of bishops saying: “We cannot be mere spectators of a tragedy such as the one that is unfolding in Syria.”

Bertone said the delegation would express the Church’s “encouragement to all those involved in seeking an agreement that respects the rights and duties of all, with particular attention to the demands of humanitarian law.”

It said its members would also voice “fraternal solidarity with the entire population” and “spiritual closeness to our Christian brothers and sisters.”

The delegation is made up of top Vatican officials like Cardinal Jean-Louis Tauran, head of the Pontifical Council for Inter-religious Dialogue, as well as prelates from two countries with experience of conflict: Colombia and Vietnam.

Bertone said that “the only possible solution to the crisis is a political solution” and that the mission would likely take place sometime next week.

Syrian Catholics have traditionally been strongly in favour of President Bashar Al-Assad’s secular regime, which defended their minority’s rights.

After the uprising against him began last year, Christians were split between some who lent their support to the opposition and others who appeared to stay closer to the regime out of fear of a seizure of power by Islamists.

“They want the stability of the country, not of the regime,” he said.

The Vatican’s position for a long time seemed overly cautious to many observers as repression by the regime increased.

Vatican envoy Mario Zenari has stuck to a balanced position, telling Vatican radio that “all sides in the conflict” should respect international humanitarian law which was falling apart “due to the fault of both warring sides.”

“We are shocked and profoundly pained and worried for the future,” he said in the August interview, adding that Christians in Syria should act as “bridge builders.”

Around 7.5 per cent of Syria’s 20 million inhabitants are Christian.

Many Christians are concerned about an Iraq-style scenario in which they could come under threat if the regime of Assad collapses.

During his visit to neighboring Lebanon last year, the pope hailed the courage of young Syrians and called on Arab countries “to propose viable solutions” to the conflict but did not explicitly condemn the regime.

He also called for a stop in arms supplies to the warring sides in Syria.

George Sabra, a Christian and spokesman for the Syrian National Council exiled opposition group, met with the pope last month and thanked him.

“His visit was a support for the cause of freedom. Christians do not need anyone to protect them,” he said in an interview with Vatican Insider.

Jesuit priest Paolo Dall’Oglio, who lived in Syria for many years to try to promote Christian-Muslim dialogue and was expelled for condemning the regime, said he was satisfied with this “act of solidarity” but was still cautious.

“In Damascus they will only be able to meet with officials who are all more or less with the regime,” he said, adding that the prelates should meet refugees in Jordan and Turkey to show solidarity ‘with all Syrians”.

“The message could be exploited by Assad,” he warned.

Syrian dissidents meeting in Rome earlier this year at talks hosted by the Catholic charity Sant’Egidio, which has ties to the Vatican, appealed for a political solution, a ceasefire, the release of detainees and reconciliation.