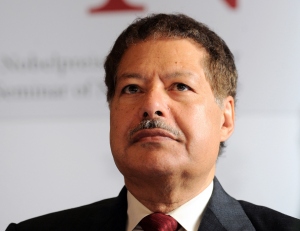 The report was filed by lawyer, Mohamed Hammouda, on behalf of seven parents of Nile University students.

Nile University is currently in dispute over a piece of land with Ahmed Zuweil. Both parties claim the right to a set of university buildings.

Hammouda defended former president, Hosni Mubarak, in the trial accusing him of complicity in killing of the January 2011 revolution’s protesters. Hammouda then withdrew from the case.

In the report, Hammouda accuses Sharaf of enabling Zuweil to take possession of Nile University, as well as giving Zuweil the right to use the Ancient de Lesseps Mansion in Garden City, reported the Egyptian Radio and Television Union’s (ERTU) website.

Zuweil, in turn is accused of announcing his “unreal” Zuweil City for Science and raising funds for it, which attempts the “destruction of Nile University and the displacement of its students.”

Amer was accused of helping raise the funds for Zuweil City through opening a bank account for the city in Al-Ahly bank and donating EGY 250 million of clients’ money to a body not licensed to receive any donations.

The report also assured that Nile University’s stance as an independent legal body is perfectly correct, as per the presidential decree licensing its foundation in 2006.

“As far as we know, all the accusations and proofs the report refers to are sound,” Ahmed Nassar, head of Nile University Student Union, said. “How could Zuweil raise funds for an inexistent project? What if the project never saw the light? Where would all the funds go?”

Nile University protesting students sent an email to Zuweil and his City’s board of trustees, asking him to go on national television, apologise for misleading Egyptians about Nile University, give back the Nile University lands, and request to be given new land to build Zuweil City. They also asked him to “donate a huge monetary sum to Nile University in compensation for enormous damage incurred during the last year because of you and your actions”, read the email.

Zuweil appeared on state TV on Thursday, saying the Egyptian government had assigned him empty buildings on the now Nile University campus ten years ago. He added he was continuing with plans to set up Zuweil City, and had established a board of trustees consisting of 12 Egyptian, as well as foreign, scientists, including Egyptian Professor of Cardiothoracic Surgery at Imperial College London, Dr. Magdi Yaqoub.

Nile University was established in 2006 as a private-owned university following a presidential decree via the former prime minister under Mubarak, Ahmed Nazif. After the January 25 revolution, the university’s board of trustees waived the right of use of land, buildings and equipment for the Ministry of Communications, which then gave Zuweil City the right to use the disputed lands. Sharaf was Prime Minister then. The Nile University students insist that the waiver was an illegal one since it was done over the phone and not documented. Zuweil’s advisors assure it was indeed documented.