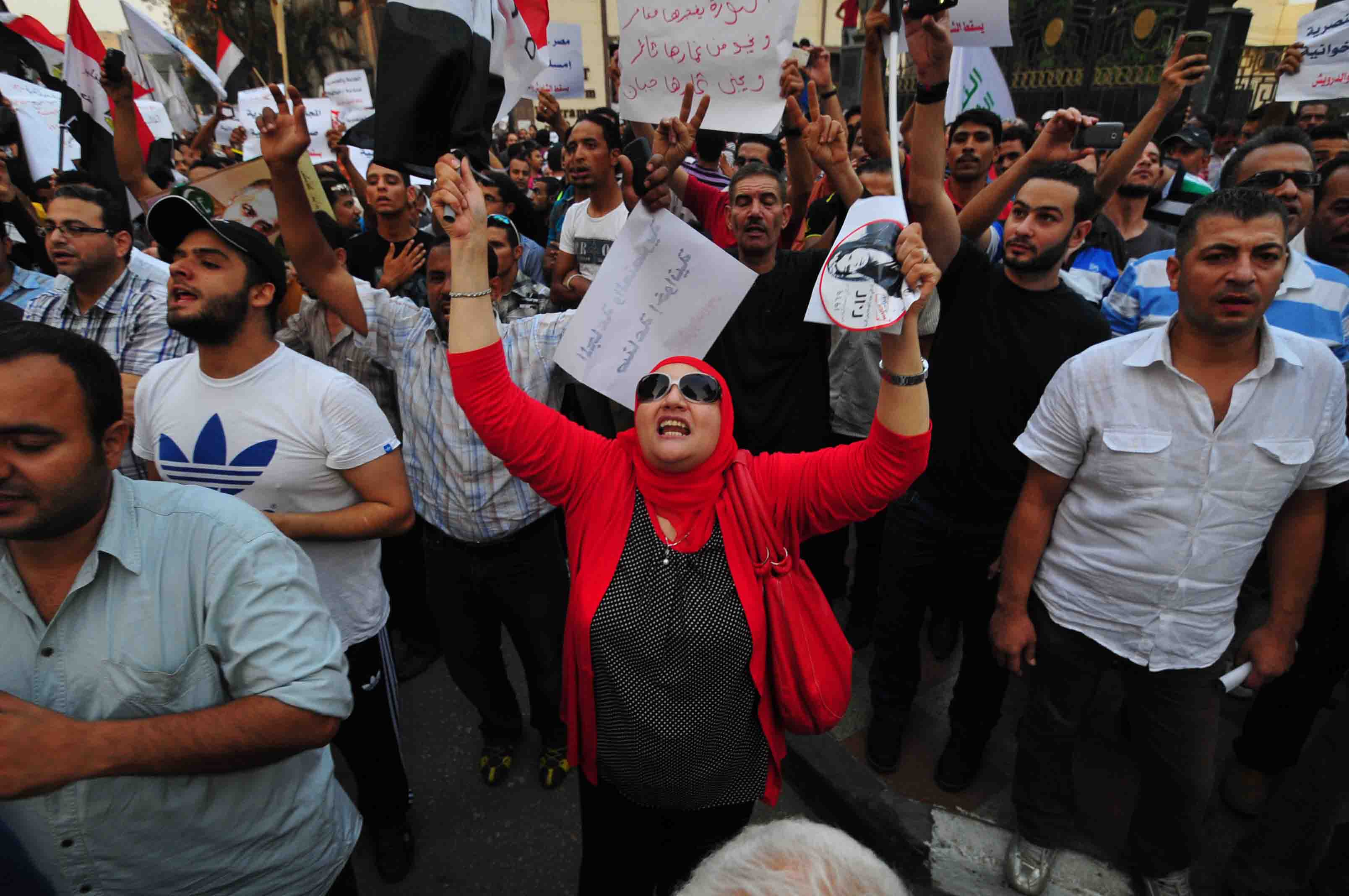 Both the Muslim Brotherhood and groups that participated in marches to Tahrir provided divergent interpretations of Friday’s demonstrations.

Chairman for the Legal Committee of the Freedom and Justice Party Mukhtar Ashri said, “demonstrations alone are not sufficient. They are not the appropriate, effective means for a proper political path,” reported the group’s official website. “And of course, insults and vulgarity are entirely unacceptable in decent dialogue with political partners of the revolution,” said the FJP member.

The FJP’s newspaper featured the protests on the front cover of its Saturday issue, with a headline reading “Friday of the Manors,” in reference to the slogan used by the progressive parties in their demonstrations. The publication downplayed the protests, as it listed “scattered protests, tens of demands, contradictory chants, and prejudiced rumors against the brotherhood” beneath the main headline.

Hamdeen Sabahi, the leader of the Popular Current, one of the main groups to participate in the 19 October marches, rejected the Muslim Brotherhood’s encroachment on government institutions at a conference in Damietta.

“Tahrir Square was full of Egyptians citizens demanding the dissolution of the Constituent Assembly, so that Egyptians can create a constitution that suits them, as the policies that govern us now do not realise the ambitions of the Egyptian people,” said the former presidential candidate to a group of supporters. “We as Egyptians do not accept that one questions our religion or patriotism,” he added.

The prominent Nasserist politician additionally vowed to support President Mohamed Morsy if he worked for and prioritised the poor in his policies.

“The party emphasises the belief that the Egyptian revolution will triumph inevitably, as long as this organisational performance continues,” said Al-Dostour Party following demonstrations.

The progressive party was a key organiser in Friday’s demonstrations and assembled a stage in Tahrir Square where their members, along with other groups, addressed crowds of people protesting the Constituent Assembly and what they believed to be the Muslim Brotherhood’s dominant role in the politics of the new government under the presidency of Mohamed Morsy.

Founding member of Al-Dostour Mohamed ElBaradei tweeted, “to the youth of the revolution and all who participated today: you will advance Egypt. Reach out to all citizens that wish to work with us to achieve the goals of the revolution, Strength is in our unity.”

Friday marked the second time in two weeks that the coalition of progressive groups had staged demonstrations in Tahrir Square against President Morsy and the Constituent Assembly.

Clashes erupted last week between those parties and Morsy supporters, who had announced they would protest the acquittals of the Battle of the Camel court case.

Recently Muslim Brotherhood secretary-general Mahmoud Hussein told Al-Masry Al-Youm newspaper that the group would not stage protests against President Morsy, who is a member of the group.

The Muslim Brotherhood did not call for any demonstrations this past Friday, and elected Saad El-Katatny as the new chairman of the party.