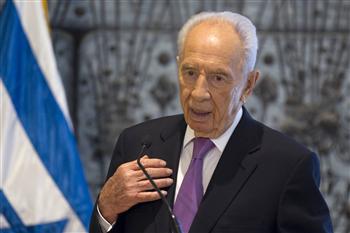 A leaked letter from President Mohamed Morsy to Shimon Peres in which Morsy addressed the Israeli president as a “dear and great friend” sparked outrage, especially after the presidency confirmed it was authentic.

The letter was delivered to Peres by the new Egyptian Ambassador to Israel, Atef Salem, are also committed to the peace treaty with Israel.”

Salem, who was presenting his credentials, met Peres in Jerusalem and not in Tel Aviv where most embassies are based. Israel claims Jerusalem as its capital but the city is not recognised as such by the international community.

The move was criticised by many political commentators, including Palestinian writer and poet Mourid Barghouti, as a de facto recognition of Jerusalem as the capital.

The official presidential residence is based in Jerusalem and diplomatic credentials have to be presented to a head of state as per diplomatic protocols.

These protocols have landed Morsy in hot water however, both for Salem’s presentation of credentials in Jerusalem and for the letter of credentials itself, which was signed by Morsy.

The letter expressed Morsy’s desire to “maintain and strengthen the cordial relations which so happily exist between our two countries” and described his “highest esteem and consideration” for Peres.

Supporters of the president initially claimed the letter was a fake after it began circulating in the media and through social networking websites, but the presidency later released a statement confirming its authenticity.

Presidential spokesperson Yasser Aly said the letter was “100 per cent accurate” and described it as part of the foreign ministry’s protocols. He added that 10 similar letters bearing the exact phrasing made their way to other foreign heads of state.

Opposition members say, however, that protocols from the era of former President Hosni Mubarak should not be kept in place and that Morsy should have changed them.

Morsy has so far employed a policy of ‘cold peace’ towards Israel. He has mentioned several times in speeches that he is committed to upholding Egypt’s international treaties, thought to be a reference to the Camp David Accords and Egyptian Israeli peace treaty. He is yet to mention the state by name even once, however.

The Muslim Brotherhood, which Morsy belongs to, has long refused to recognise Israel’s existence but have since softened their stance following their rise to power.

They now acknowledge the peace treaty but say it should be amended to fix what they say are unfavourable conditions towards Egypt in the treaty.

The Brotherhood also maintains that there can be no normalisation or true peace with Israel until the Palestinian Israeli conflict is resolved in a manner fair to Palestinians and a sovereign Palestinian state is established and internationally recognised.