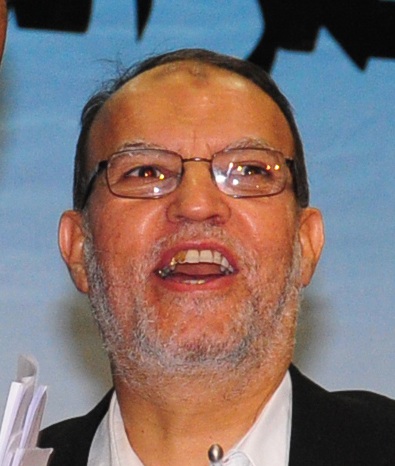 In a statement to the press released Saturday, Mahmoud said he would investigate these allegations since recording phone calls without both parties’ consent or knowledge is an offence in Egypt.

Al-Erian, who on Friday lost elections to Saad El-Katatny for the leadership of the Freedom and Justice Party, the Muslim Brotherhood’s political wing, is one of 17 advisers within President Mohamed Morsy’s presidential team.

He said on a talk show Wednesday that the presidency recorded a phone call between Morsy and Mahmoud in which the latter accepted the post of ambassador to the Vatican, and that Mahmoud later denied this which caused a dispute between the presidency and the judiciary.

He added that the phone call was an “official” phone call between the president and the prosecutor general and as such recording it was legal and not an infringement of privacy.

Al-Erian later denied the statement on his Twitter account. “For the liars who breathe lying, I did not say the presidency spies on the prosecutor general’s phone calls. I asked the presidency to document all official phone calls that include presidential decrees,” he tweeted Friday.

“The 1952 republic, with the admission of Nasserists like Emad El-Din Hassan, recorded everybody’s phone calls, yet it becomes forbidden for the republic of the revolution to document oral decisions. I am surprised,” tweeted Al-Erian on Saturday.

He later stressed that he asked the presidency to record phone calls for the purpose of documentation and not for spying, using the word “documentation” seven times in the same tweet for emphasis.

Al-Erian’s initial statements followed a conflict between Morsy and the judiciary after the president unsuccessfully attempted to remove Mahmoud from office.

The prosecutor general cannot be legally removed from office, by the president or otherwise, but leaves office if they reach retirement age, are physically or mentally incapacitated, or accept a role within the executive branch of government.

The presidency announced last week that Mahmoud had accepted a position as ambassador to the Vatican and thus would no longer be prosecutor general, only for Mahmoud to later deny it, causing a standoff between Morsy and the judiciary as several judges accused him of meddling in its independence.

Morsy later decided to keep Mahmoud in place to avert the crisis following a meeting between the two. Al-Erian claimed that Mahmoud did indeed accept the position but changed his mind and that his acceptance was recorded.