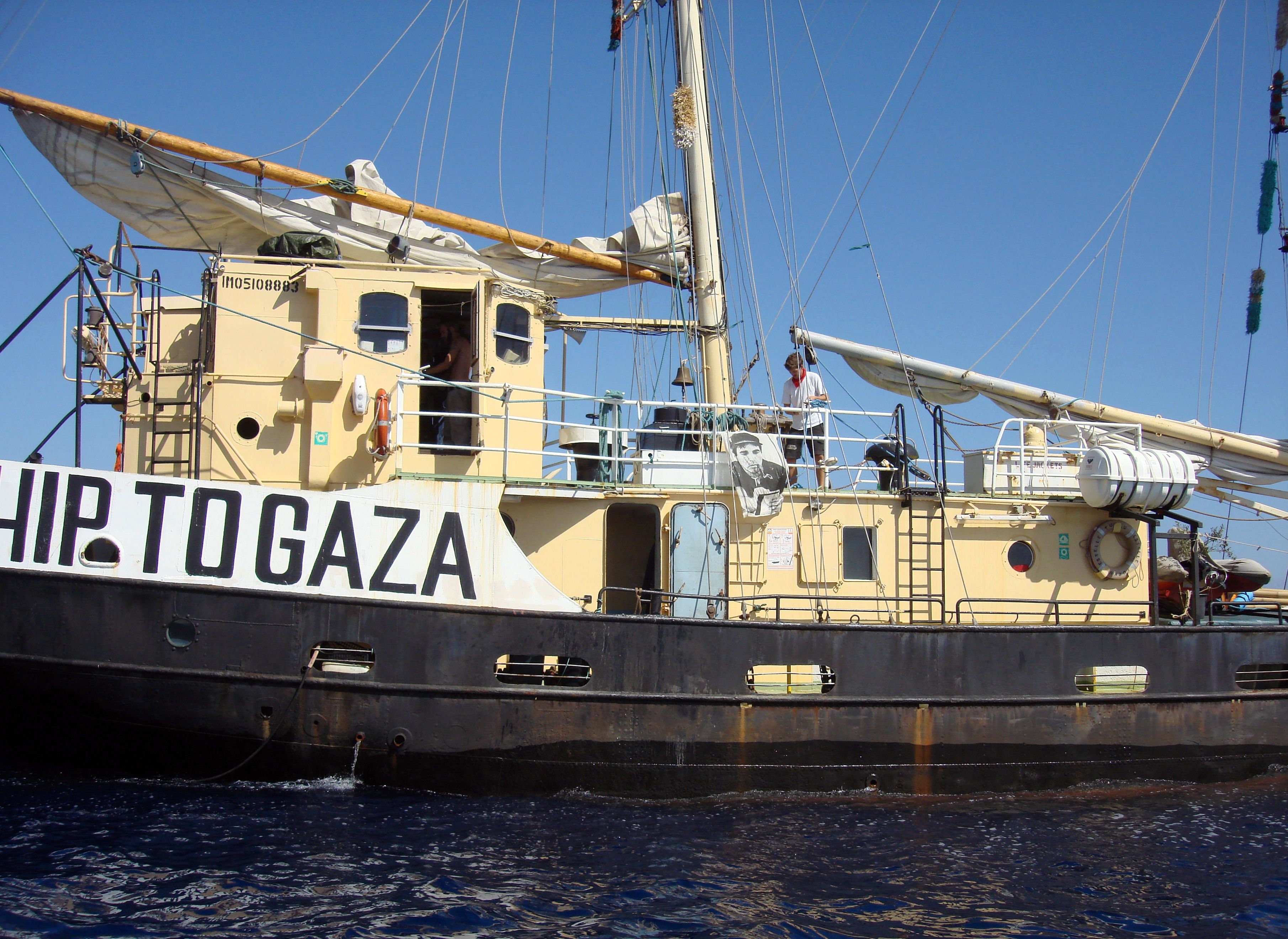 A Swedish ship loaded with humanitarian supplies attempting to breach Israel’s blockade of Gaza has been intercepted in international waters.

The Estelle, sailing under a Finnish flag, was 30 nautical miles off the coast of Gaza on Saturday, when it was intercepted by the Israeli navy.

At roughly 10.15 Central European Time the crew of the ship spotted what they described as “five or six Israeli naval vessels,” Mikael Löfgren, the media coordinator for Ship to Gaza said. Shortly after their arrival the ship was boarded and contact with the crew was lost.

Israel had earlier warned Finland they would arrest the ship’s crew in the Israeli port city of Ashdod after intercepting the ship in international waters and towing it ashore.

The Estelle was reportedly carrying humanitarian supplies – including cement, medicine and sports equipment – which have been scarce in the Palestinian enclave since Israel imposed the blockade following Hamas’ election victory in 2005.

Five of the ship’s passengers are current-serving parliamentarians from Spain, Norway, Sweden and Greece, and another is a former parliamentarian from Canada. The crew members will be charged with attempting to illegally enter Israel, despite the ship’s declared mission to enter Gaza. Löfgren called the accusation absurd and said if they plead guilty, “they will be deported and blacklisted from Israel.” If they contest the charges they could face a lengthy trial, he said.

Löfgren and those onboard the Estelle had “no delusions they would be allowed past the blockade uncontested,” and as such various pre-emptive steps had already been taken. “This is not the first time this has happened,” Löfgren said. “We have connections with lawyers both Israeli and otherwise.”

A video of one of their crew members, former Canadian member of parliament Jim Manley, was released on Saturday to coincide with the capture of the vessel. “If you are seeing this video clip,” Manley said in the video, “that means communications have been lost.”  Manley defended their decision to challenge the blockade by saying that the crew has “done nothing illegal… we are committed to raising the illegal siege of Gaza.”

Löfgren said he was confident the sequestration of the vessel and the arrest of its crew “will spark demonstrations around the world.” An Israeli non-governmental organisation Gush Shalom also condemned the taking of the vessel, urging the Israeli Defense Forces (IDF) to allow the vessel to proceed to Gaza and to be inspected upon arrival by United Nations inspectors. The crew had given consent for such a search, but Israel maintains the search must be carried out by Israel and goods entering Gaza may only do so by land and only with Israel’s approval.

The IDF issued a statement shortly after capturing the ship, saying they abided by international law and were taking the ship to port.

The Gaza blockade has been previously contested several times before by various organisations.  In 2010 a flotilla headed to Gaza was intercepted by the Israeli navy, during which nine activists were killed by Israeli commandos.

Under the UN Convention on the Law of the Sea, a ship is bound by the laws of its flag state, but may be intercepted by ships of other states if it is engaged in illicit activities such as piracy. Last year, after continued pressure over the 2010 flotilla attack, the UN published the Palmer report which stated Israel’s blockade was legal, albeit heavy handed, and would be allowed to continue stopping, searching and seizing vessels in international waters. The report was criticised by several human rights groups, media outlets and nations for its narrow perspective.

A UN special rapporteur on Palestinian human rights, Richard Falk, criticised the panel of enquiry set up to investigate the blockade, saying that the ties many of their members had to Israel and their lack of knowledge and expertise in maritime law made them unsuitable to lead the investigation. Heading the panel was Geoffrey Palmer, former prime minister of New Zealand and Álvaro Uribe, former president of Colombia. Falk criticised the inclusion of Uribe due to his close relationship with Israel during his presidency. “Uribe has no professional credentials related to the issues under consideration,” Falk wrote. “He is notorious both for his horrible human rights record while holding office and for forging intimate ties with Israel through arms purchases and diplomatic cooperation. The fact that he received the Light Unto The Nations award from the American Jewish Committee should have been sufficient in itself to cast doubt on his suitability for this appointment.”

Israel justifies its seizures in international waters by the San Remo Manual on International Law Applicable to Armed Conflicts at Sea, adopted in 1994, which gives a nation the right to seize and search ships if they are headed to a blockaded territory. Under such provisions, even mercantile vessels may fall under the enemy combatant category if they fail to respond to radio calls and instructions. The Estelle’s public declaration of intent to break the blockade is a violation of the San Remo Manual and one of the biggest arguments presented by Israel to crack down on humanitarian flotillas.