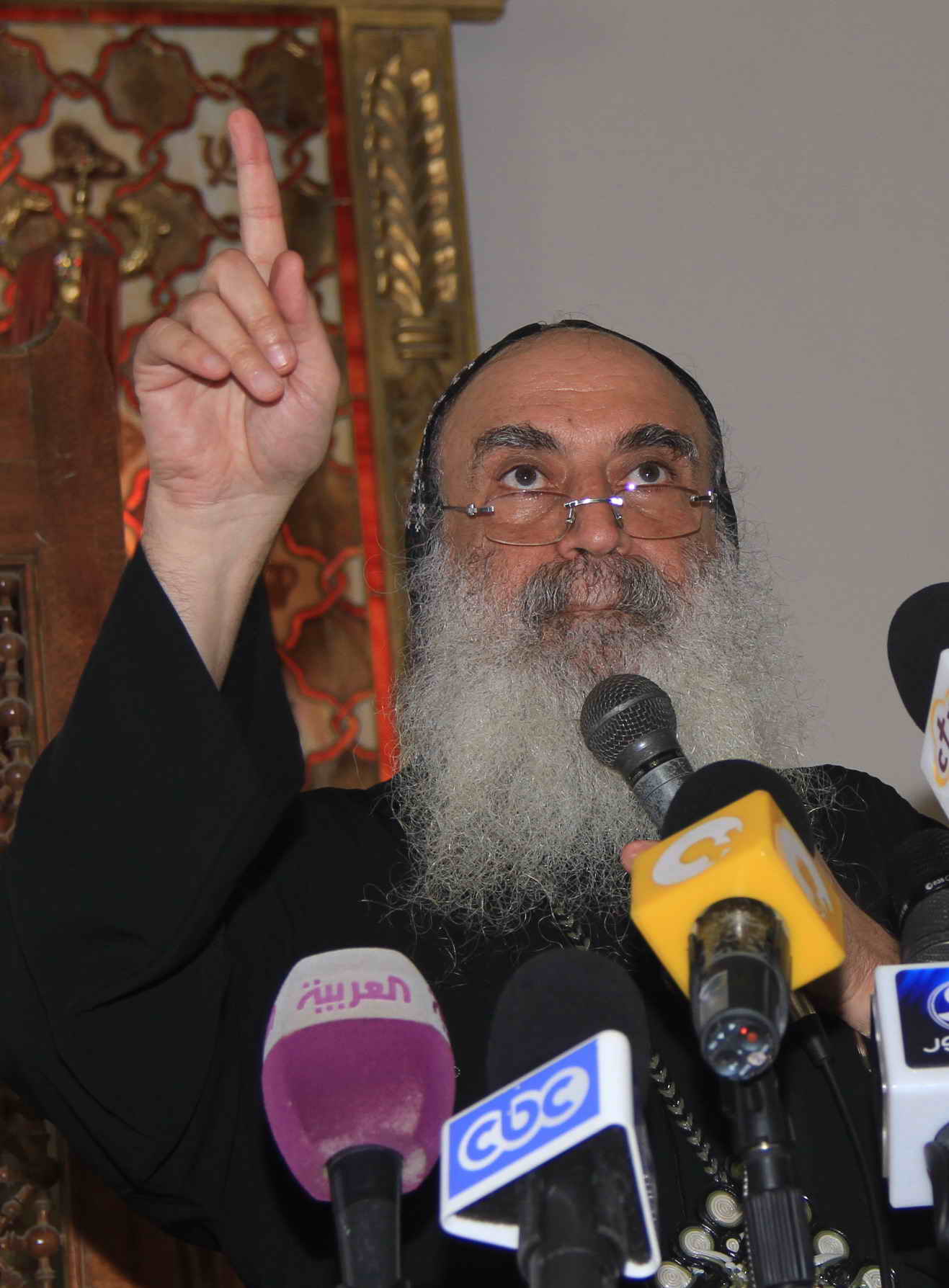 A definite timeline has been put in place for the remaining stages of the papal selection process after the Coptic Church moved the date for final selection forward.

The election stage, in which almost 2,500 members of the Coptic community all over the world narrow down the list of candidates from five to three, was moved to 29 October.

The final selection, which will be made via altar ballot at Saint Mark’s Cathedral,Cairo, was originally slated for 2 December. However, the Church will officially make its selection six days after the election on 4 November.

Whoever is elected will be officially ordained as the 118th Pope of the Coptic Church on 18 November, in a ceremony attended by high ranking government officials and some foreign dignitaries, including President Mohamed Morsy, who has reportedly accepted the invitation to attend.

In an unprecedented part of the selection process, the five candidates were interviewed last Wednesday on Christian satellite channel CTV by church spokesman Bishop Paul of Tanta, from Saint Bishoy Monastery in Wadi Natroun. The interviews, Bishop Paul stressed, were for the benefit of the church community, to familiarise themselves with all the candidates and the papal selection process should not be construed as a competition.

Bishop Rafael, the most widely-known of the candidates, has held his position since 1997 and is known for his role in the establishment of medical centres in Cairo, a reflection of his medical background.

Bishop Tawadros serves in Beheira under current acting patriarch of the Coptic Orthodox Church Metropolitan Pachomious. He has written books and is also known for his youth work.

Father Rafael Ava Mina was close with the late Pope Shenouda III and at 70 is the oldest of the remaining candidates; he is from the Mar Mina Monastery near Alexandria.

Father Pachomious Al-Souriani began his clerical career at the Surian Monastery of the Holy Virgin in the Western Desert and is stationed in Rome where he works with the Coptic Churches.

Father Seraphim comes from the same monastery and currently works with Coptic Churches in the Southern United States.

The candidates will participate together in liturgies around Egypt, leading up to the election on 28 October.

During the election, members of the clergy and lay representatives from dioceses all over the world will select the final three nominees. Approximately one fifth of the voters are members of diaspora communities and will have the option of either traveling to Cairo to cast their ballots or do so remotely.