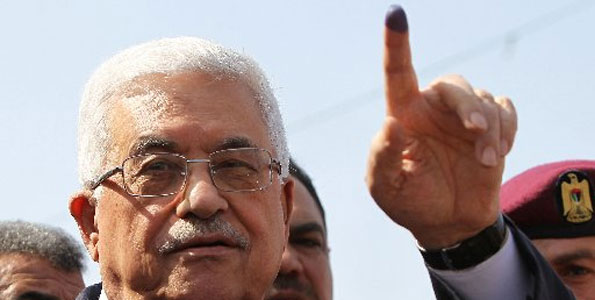 Ramallah, Palestinian Territories, (AFP) — Supporters of Palestinian President Mahmud Abbas’s Fatah party were on Sunday claiming victory ahead of the results of the West Bank local elections, in the first such vote since 2006.

Late on Saturday, following 12 hours of voting in a ballot which was boycotted by the Islamist Hamas movement which rules Gaza, Fatah supporters took to the streets of the southern city of Hebron celebrating their victory.

Fatah spokesman Ahmad Assaf said the party had won a “victory” throughout the West Bank, in what he described as “a major popular referendum on the movement’s political programme and its national performance,” a statement said.

Polling stations shut at 1700 GMT on Saturday and preliminary results were not due out until 1600 GMT on Sunday.

Shortly after the end of voting, Central Elections Commission chairman Hanna Nasser said 277,000 out of the 505,600 eligible voters had cast ballots, putting the turnout at 54.8 percent.

“The elections went very smoothly,” he told reporters in Ramallah.

Hamas also chalked up major wins during the last local elections in 2005, the first time it had participated in the democratic process.

This time however, Hamas refused to take part following the collapse of unity talks with the rival Fatah party.

“Fatah won a victory in this election for many reasons,” Assaf told AFP on Sunday, saying it had chosen the party lists well.

“In some cases, they were 100 percent Fatah (lists) and in other cases we made a joint list with other factions. Even though Hamas boycotted the elections, we feel that this election was better than in 2005 because the party was focusing on the services that the people need.”

“We weren’t looking for 99 percent turnout. People went to the polling stations at their own, they weren’t forced which means they were looking for change and to improve their situation,” he said.

Saturday’s vote was only held in 93 of the West Bank’s 354 municipalities, as candidates in another 179 localities were appointed unopposed. Elections in the remaining 82 areas will be held on November 24.

Abbas, after voting at a school in El-Bireh near Ramallah, expressed disappointment that the election was not taking place in Gaza.

“We hope our brothers in Hamas will let the democratic process take place in Gaza, not only for local elections but also for presidential and parliamentary elections,” he said.

But Hamas said holding the vote solely in the West Bank served only to cement the yawning divide between the two main political movements in the Palestinian territories.

“These elections reinforce the division and have nothing to do with the national consensus,” Hamas spokesman Fawzi Barhum told AFP.

Holding elections without Gaza would mean the results would have “no significance or legitimacy,” he added.

“These are not elections for the Palestinian people but for Fatah.”

UN peace envoy Robert Serry said it was “important” that Palestinians had the opportunity to vote in long-overdue local elections “and to participate in decisions that directly affect their daily lives.”

He expressed hope the poll would “serve as a prelude to general elections being organised next year in all of the occupied Palestinian territory in the context of reconciliation” between Hamas and Fatah.