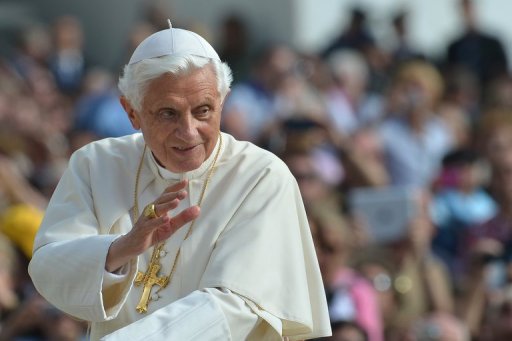 VATICAN CITY (AFP) — Pope Benedict XVI named seven new saints on Sunday, including the first Native American, praising their “heroic courage” in a year when the Catholic Church is seeking to counter the rising tide of secularism in the West.

Kateri Tekakwitha, informally known as “Lily of the Mohawks” who has been a symbol of hope for American Indians for centuries, was canonised in a lavish ceremony in St Peter’s Square that followed her beatification in 1980 by the late pope John Paul II.

Under a bright autumn sun, the pope delivered a homily praising all seven new saints, saying they “lived their lives in total consecration to God and in generous service to their brothers.”

Thousands of people, including American Indians, gathered on the square outside St. Peter’s Basilica which was decked with portraits of those being canonised.

The other new saints include a French missionary to Madagascar, a Philippine missionary martyred at the age of 17, a German migrant to the United States who took care of lepers and a Spanish nun who campaigned for women’s rights.

Vatican watchers said the choice of the saints now was linked to the Roman Catholic Church’s efforts to highlight the need for a “new evangelisation” as church pews empty in Europe and the United States.

The canonisations come during a synod of 262 bishops from around the world.

Tekakwitha, who was born in 1656 to an Algonquin mother and a Mohawk father, was converted by Jesuit missionaries as a child. After surviving smallpox and being orphaned, she earned a following for her deep spiritualism before dying at just 24.

Another well-known figure from North America who was canonised is German-born Franciscan nun Maria Anna Cope who was born in 1838 and became known as the “Mother Marianne of Molokai” because she looked after lepers on the island of Molokai in the Hawaii archipelago.

Another “martyr” who was canonised is the Philippines’s Pedro Calungsod, a young missionary who was hacked to death by hostile tribesmen along with a Jesuit priest on the island of Guam in 1672 while they were trying to convert locals to the Catholic faith.

A French Jesuit, Jacques Berthieu, who was executed in 1896 in Madagascar by rebels from the Menalamba movement, was also canonised.

The missionary refused to renounce his faith and is being considered the first saint of Madagascar, where he lived for 21 years.

A German lay woman, Maria Schaeffer, who was from the pope’s German home state of Bavaria, was also rewarded.

Schaeffer, who died in 1925, was badly burnt after falling into boiling water and spent the rest of her life bedridden.

She is credited with spreading the word of God in local villages.

An Italian priest, Giovanni Battista Piamarta, who in the late 19th century devoted his life to helping young people during the industrial revolution and founded a religious congregation, was also canonised.

The seventh new saint, Spanish nun Maria del Carmen, also founded a congregation and worked to better the lot of poor women in the 19th century, defending their social rights and helping their children’s education.

The new canonisations bring to 44 the number of saints named by the pope since the start of his pontificate in 2005.

Catholic saints have to have two miracles to their names, which have to be certified by the Vatican in a years-long procedure.