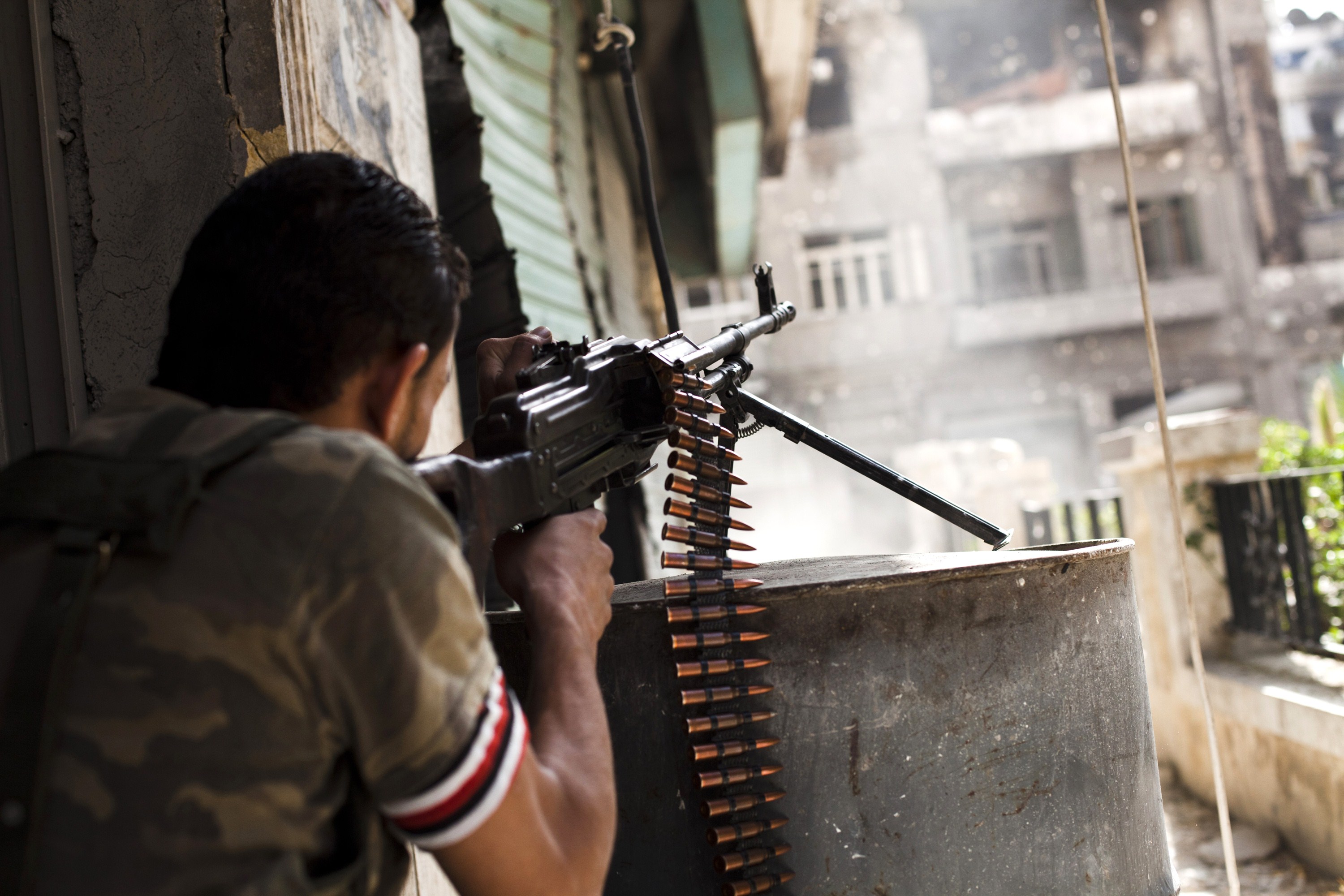 Damascus, (AFP) – Hopes of a truce being implemented in war-torn Syria during this week’s Muslim Eid holidays are “slim,” the Arab League said Monday, as heavy fighting erupted in Damascus and on northern battlefields.

UN-Arab League peace envoy Lakhdar Brahimi had on Sunday indicated a favourable response to his appeal to both sides of the Syrian conflict to observe a truce during the four-day Eid al-Adha holiday, which begins on Friday.

But Arab League deputy secretary general Ahmed Ben Helli told AFP Monday that there is little chance of such a truce coming into effect.

“Unfortunately, hope for implementing the truce during Eid al-Adha is slim so far,” Ben Helli said on the sidelines of the World Energy Forum in Dubai.

“The signs, both on the ground and by the government… do not point to the presence of any real will” to implement a ceasefire, he said.

Even as Ben Helli spoke, fierce fighting raged across Syria, including around Damascus, the northern city of Aleppo and the rebel-held town of Maaret al-Numan in the northwest province of Idlib. Reports also emerged of the abduction of two regime officials from Daraa in the south.

Brahimi said a truce during Eid al-Adha could allow the start of a more permanent peace initiative.

“This is a call to every Syrian, on the street, in the village, fighting in the regular army and its opponents, for them to take a unilateral decision to stop hostilities,” he said on Sunday.

Brahimi said he contacted political opposition leaders inside and outside Syria and armed groups in the country and “found them to be very favourable” to the idea of a truce.

President Bashar al-Assad during a meeting with Brahimi said he was “open to any sincere efforts seeking to find a political solution to the crisis based on respecting Syria’s sovereignty and rejecting any foreign interference,” state media reported.

Al-Baath newspaper, the ruling party’s mouthpiece, seemed cold to the idea however, saying rebels had already given their reply: a bomb attack on Sunday in Bab Touma, a Christian quarter of Damascus, in which 13 people died.

“Armed terrorist groups responded to Brahimi’s (ceasefire) appeal with a series of explosions in Damascus, including a suicide bombing in Bab Touma, leaving dozens dead or wounded,” it said.

On the ground, there was no sign on Monday of a let-up in the violence.

The Syrian Observatory for Human Rights said clashes erupted in the morning when troops tried to storm the rebel-controlled town of Harasta on the northeastern outskirts of Damascus.

It also said Syrian soldiers fought pitched battles with rebels near Maaret al-Numan and around an army base in nearby Wadi Daif, in Idlib province.

According to the watchdog, Monday’s clashes were the fiercest seen yet around Wadi Daif base, which has been besieged for nearly two weeks by Free Syrian Army fighters and jihadist militants.

The Observatory said a checkpoint near the base was in flames after it was attacked by the rebels, who killed at least nine soldiers.

Maaret al-Numan, a strategic town on the Aleppo-Damascus highway, has been the scene of intense fighting since it fell to rebels on October 9, severing a key army supply route.

In the northern commercial capital Aleppo, which has been battered by more than three months of clashes, insurgents blew up a bridge of a train line, used mainly to transport fuel, residents said. A military source confirmed the report.

Fierce machinegun battles broke out near Aleppo’s ancient Umayyad Mosque, as troops fended off rebel attacks on their checkpoints, said a military source.

“Until now we have kept them at bay, but this is a large attack.”

The Observatory said at least 63 people, including 15 civilians were killed on Monday across Syria, adding to a toll of more than 34,000 people the group says have been killed since an anti-regime revolt erupted in March last year.