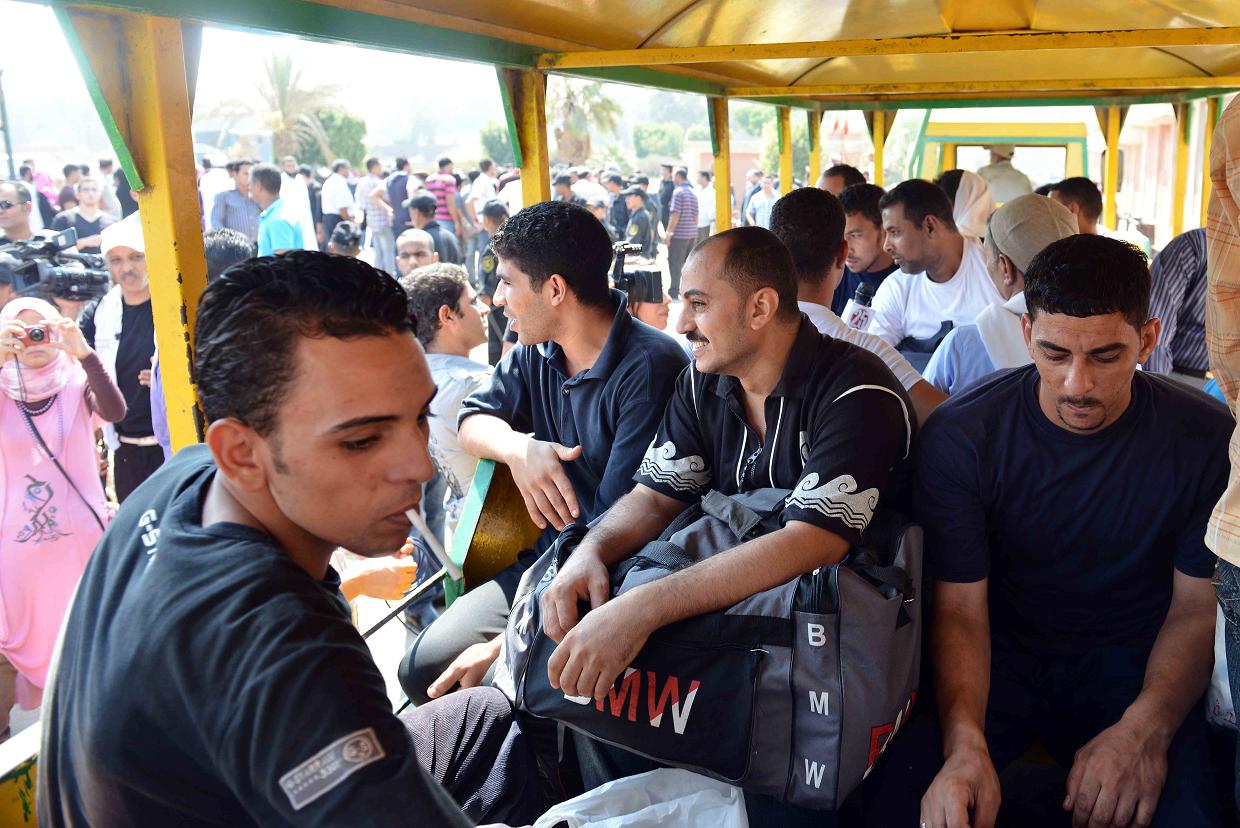 During Al A’shera Masaa’n TV show, on Tuesday night, El-Zieny said the prisoners are being treating inhumanely by Ministry of Interior security forces. She added that they should be released as some of them are not guilty while others have completed their sentences.

“President Morsy should release them or provide them with a fair trial… any advocate of human rights is an advocate of those suffering prisoners,” El-Zieny said during the show broadcast on Dream TV.

The association also called on Morsy to release the prisoners, to allow them to spend Eid El-Adha vacation with their families.

Al-Aqrab prison inmates also issued a statement on Tuesday calling for their release, saying they are assaulted by prison staff every day.

“Didn’t Morsy say there will be no oppressed [people] in prisons and that he feared God’s punishment if he did do that?” the statement asked.

Reda Mare’y, a lawyer at the Egyptian Initiative for Personal Rights, said the prisoners issued an earlier statement several weeks ago, outlining mistreatment they suffer. Mare’y said the prisoners suffer from sexual assault and humiliation by the Ministry of Interior forces, who told them that even though the current president is an Islamist, he can’t help them.

““This example highlights the inhumane situations prisoners suffer from in all the Egyptian prisons, as there is minmum inspection of prisons and almsot no retribution to those conducting such violations.” explained Reda.