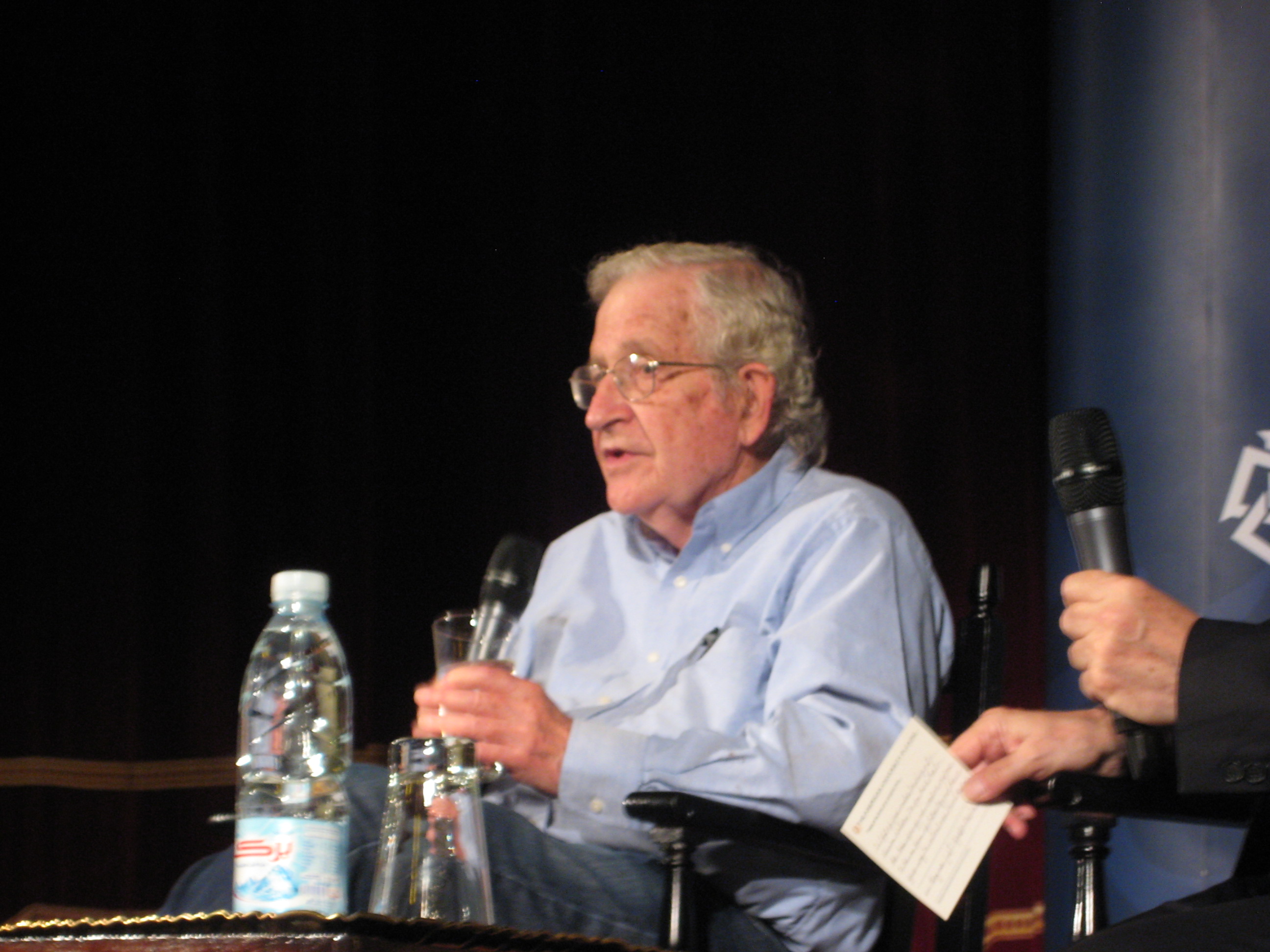 Noam Chomsky, the world-renowned linguist and political activist, addressed a crowd of roughly 1,000 at the American University in Cairo on Tuesday. In his address Chomsky attempted to shed light on the concept of the emerging world order and the Arab spring.

Bruce Ferguson, the dean of the school of humanities and social sciences, introduced Chomsky and described him as being “rightly famous” and one of the most cited academics in the world. As Chomsky took to the stage, the crowd rose to their feet in applause.

Chomsky began on a sombre note stating, “the world which we are bequeathing to our children and grandchildren is not a pretty picture.” He pointed to the ongoing use of fossil fuels and “the extraordinary willingness to sacrifice our grandchildren for short term gain.”

His brief note on environmental issues was intrinsically linked to his next and more extensive point on a potential nuclear crisis. “The current major [nuclear] threat,” he said, “not for the first time, is in the Middle East.” Chomsky argued that Israel’s nuclear capabilities are a bigger threat to the region than Iran. Chomsky cited a recent report, which stated that the absence of nuclear weapons in Iran couldn’t be confirmed.

Various polls conducted in western countries, Chomsky said, have revealed that Israel is widely regarded as the “the most dangerous country in the world,” just ahead of the United States. He defended his position by saying “Israel’s lethal armoury includes submarines, provided by Germany, capable of carrying nuclear tipped missiles which could or may already be deployed in the Gulf.”

A nuclear-free Middle East is what Chomsky sees as the solution to significantly reducing the chance of war in the region.

Chomsky discussed the implications of the United Nations charter, which forbids the use of threats and violence in international relations. He observed, “there are two rogue states which ignore international law; the US and Israel, and the European Union goes along with this.” This statement was well received by audience members, whoe applauded.

Chomsky asserted that “control, not access,” of oil is an important feature of US policy in the Middle East. This is part of the economic warfare waged by the US, which he stressed is a form of war alongside cyber warfare. The application of such warfare, he argued, is frequently used by the US but only ever becomes an issue if used against them.

Chomsky emphasised the world dominance of the US numerous times during his address. He was referring to the alliances made with other nuclear capable countries such as India, and the support given to the oil rich states in the Gulf to quell uprisings in countries such as Bahrain and Saudi Arabia. “It is taken for granted that the US owns the world,” he said.

When China moved away from the US, Chomsky said, the term used at the time was that China had been “lost.” The same rhetoric was applied to South America when they began democratically electing leaders that ran contrary to US interests.

When Palestine held the first free and fair elections in the Middle East, Chomsky believes they were punished for not voting according to the desires of western powers. He asserted, “alternative democracies were always possible and still are.”

Chomsky also highlighted a deep-seated fear held by the US, of countries moving “towards meaningful democracy,” contrary to US interests.

Chomsky argued that the rise of the US as a superpower occurred as a result of its involvement in second world war. He believes that President Roosevelt and his administration joined the second world war with that intention. Chomsky continued to provide various examples of the US asserting its dominant position such as its handling of the Cuban missile crisis and the cold war, which led to the collapse of the Soviet Union.

Citing a recent study done by the economic policy institute in Washington called Failure by Design, Chomsky claimed that the neo-liberal policies of the last generation have failed the world and led to the economic crisis in 2007. This includes “a remarkable concentration of wealth while wages have stagnated or declined.” It is in part the failure of neo-liberal policy that has brought about the decline of the US, according to Chomsky.

At the end of his address Chomsky took some questions, which had been submitted by the audience on paper during the course of his lecture. Several audience members came away feeling disappointed by this section of the presentation, as only four questions were presented, and largely irrelevant. One of the questions posed asked if he had a solution to the Syrian crisis, to which the audience laughed.

Chomsky said that he had no alternative solution and the UN special envoy to Syria Lakhdar Brahimi’s current attempt of an all-inclusive dialogue was the most realistic.

An Egyptian man in the crowd, who had interviewed Chomsky in the 1980s, hijacked the final question. He asked whether or not there were conspiracies to undermine the revolution in Egypt. Chomsky stated that there are no conspiracies but a “clear and rational plan” to influence the spread of democracy on it’s terms for fear of losing control. US and Israeli policy, he said, is intentionally designed to keep the Middle East on the back foot.