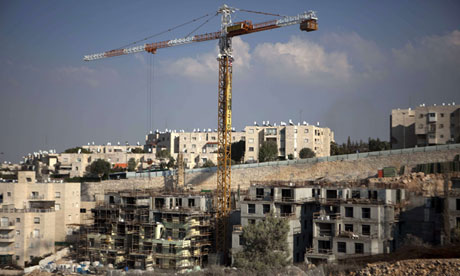 Egypt’s Ministry of Foreign Affairs is calling on Israel to halt the construction of all settlements in East Jerusalem and the West Bank.

In a statement on Friday the ministry called such construction a “threat security and stability in the region and efforts to achieve a lasting and just peace,” and said such settlements violated all international laws and resolutions.

The statement strongly denounced the Israeli government’s decision to approve the building of 800 housing units in East Jerusalem earlier this month. The ministry also deplored plans to build a government building on the Mount of Olives.

Last week the Israeli government announced it plans to build a military academy in the area, as reported by AFP. The eight-storey building will be used as a centre for training senior military officials. Settlement watchdog Peace Now called the decision “provocative,” saying that the headquarters would be located in “one of the most sensitive and disputed areas in Jerusalem.” Israel considers all of Jerusalem as its capital, and justifies construction in East Jerusalem as building on its own territory, as opposed to building settlements. Palestinians consider the area to be rightfully theirs.

The Ministry of Foreign Affairs explained it considered attempts to separate East Jerusalem from the surrounding Palestinian territories in the West Bank as a serious obstacles to achieving peace and a threat to the two-state solution that the international community was attempting to achieve.

Egypt’s relationship with Israel has been under heavy scrutiny since President Mohamed Morsy took office. The president has used diplomatic meetings and speeches in Cairo and abroad to promote his views on the Israel-Palestine conflict. Last week the Egyptian ambassador to the Palestinian Authority brokered a ceasefire in Gaza. However, Morsy was subject to heavy criticism when he sent an amicable letter to Israeli counterpart Shimon Peres calling him a “great and dear friend.”