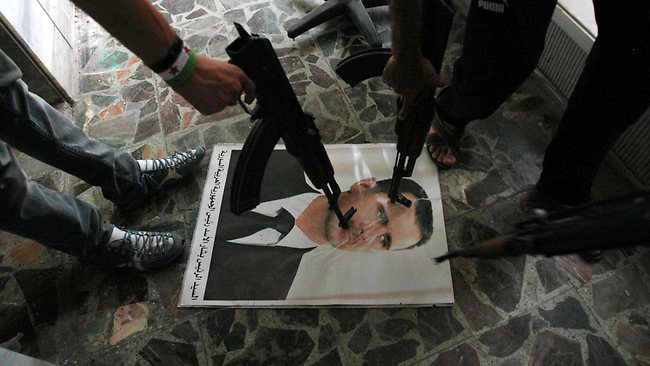 Rebel forces took control of three military posts in the outer Damascus suburb of Douma and killed four soldiers at another checkpoint in the region, the Syrian Observatory for Human Rights said.

Regime warplanes hit targets in three air strikes in the towns of Irbin, Zamalka and Harasta, where the military has been trying for weeks to dislodge rebel forces, the group said.

The fighting came after the failure of efforts to impose a four-day ceasefire in the battle-scarred country for the Muslim holiday of Eid Al-Adha, which started on Friday.

The truce collapsed only hours after it began amid clashes, shelling and car bomb attacks, with 114 killed on Saturday, including 47 civilians, 36 soldiers and 31 rebels, said the Observatory.

“It is a sign that the regime is not able to keep control of positions in the long term,” he said.

In Aleppo, a young woman was killed by shelling while fighting erupted near a strategic military barracks in the centre of the northern city, it said.

According to the Observatory, more than 35,000 people have been killed in the conflict, which began as an anti-regime uprising but is now a civil war pitting mainly Sunni rebels against Assad’s regime dominated by his minority Alawite sect, an offshoot of Shiite Islam.

The Britain-based observatory relies on a countrywide network of activists, lawyers and medics in civilian and military hospitals. It says its tolls take into account civilians, military, and rebel casualties.