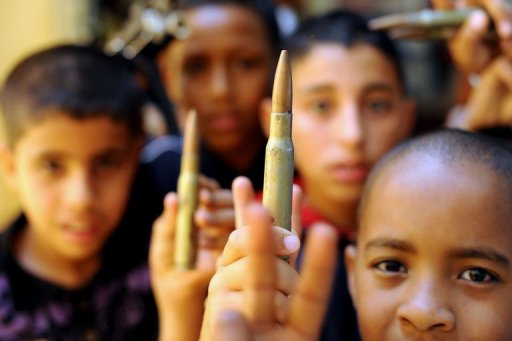 On the Saturday of Eid Al-Adha, five children were shot in a playground in El-Tor, Sinai. None were killed, but all five were wounded and two remain hospitalised.

The shooting began when some young people tried entering the playground. The playground’s owner informed them only families were permitted to enter.

“So a fight started between them and the owner,” said Lieutenant Hatem Amin, the deputy director of security at the South Sinai Security Directorate. “They went to get their parents to let them into the park, which is when the fight broke out between the parents, the owner and some park workers.”

During the fighting, one of the park workers hit one of the family members on the head. He was injured and taken to Sharm El-Sheikh hospital.

Following this, the parents shot at the owner and others with shotguns filled with birdshot. Five children were hit.

The park worker who attacked one of the family members with a stick and his victim, have both been arrested.

“They are interrogating the participants and will continue arresting people who were involved in the fight,” said Amin.

Amin said the results of the interrogation will be turned over to the prosecution of a pending court trial.