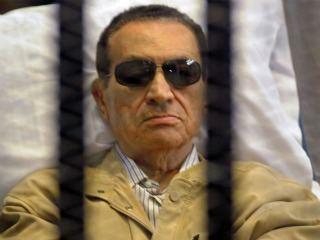 The lawsuit was filed by lawyers Yousry Abdel Razeq and Mohamed Abdel Razeq, who demanded the release of Mubarak due to his deteriorating health condition. The lawsuit was filed against Abdel Meguid Mahmoud, prosecutor general, Mohamed Ibrahim, former minister of interior, in addition to General Mohamed Nageeb, director of prison authority. It has been adjourned until 30 October.

The lawsuit stated that Mubarak could die as he currently does not have the necessary equipment for his treatment. It added that his death would affect Egypt’s international reputation as supporting the rule of law.

The lawyers based their arguments on several articles of criminal law. They explained that article 36 of law number 306 of the year 1956 stated that “every prisoner who turns out to have a serious disease posing a danger to his life should be examined by the director of the prison medical department alongside the medical examiner, to consider releasing him.”

They added that article 14 of the same law stated that prisoners suffering from severe diseases can stay at home, after necessary precautions taken to prevent them from escaping.

Ramy Ghanem, human rights lawyer, asserted that a health amnesty is issued when imprisonment poses a danger on the prisoners’ life. He added that Mubarak’s health condition doesn’t require such amnesty.

Regarding his expectations of the court verdict, Ghanem said such cases have a political dimension, which usually affects the verdict.

Mubarak and his Minister of Interior, Habib El-Adly, were given life sentences for not stopping the killing of protesters during the 25 January revolution. However, they appealed the verdict, and the cessation court scheduled the review of the appeal for 23 December.