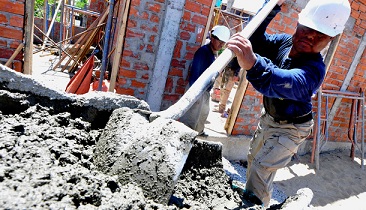 Egypt’s cement market has witnessed an increase that has caused resentment among wholesalers.

“Since before the Eid holiday, cement producers have been pressing to increase price per tonne,” cement wholesaler, Khairy El-Batrawy said.

Cement wholesalers reported that they received text messages to their mobile phones from cement producers on Monday, notifying them about the EGP 50 increase in cement price per tonne.

El-Batrawy said that cement producers use the shortage of natural gas as an excuse to increase prices.

Demand on cement has plummeted leading prices downwards during the past months. Price per tonne fell to less than EGP 460 during August, and remained between the range of EGP 450 to EGP 500.

“There should be a middle ground,” El-Batrawy said. He explained that the cement market in Egypt will not accept the new prices quoted by the producers; “clients will refuse the new prices meaning that wholesalers will incur the difference between the old prices and the new ones.”

“Ninety per cent of cement producers increased prices simultaneously,” the head of the construction material department at the Cairo Chamber of Commerce, Ahmed El-Zeiny said.

“We’ve sent out memos to the cabinet, Consumer Protection Agency and the Egyptian Competition Authority to intervene and fix cement prices, but we yet to receive any response.”

“The reason for the price hike is attributed to foreign companies controlling 80 per cent of cement supply as well as feeble government supervision,” El-Zeiny added.