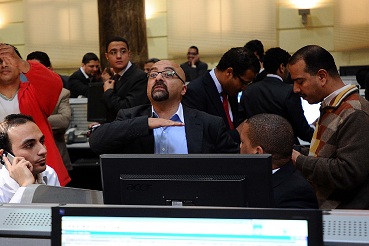 Cairo (AFP) – An Egyptian court on Tuesday cancelled a gold mine concession for exploration company Centamin, causing its share price to plummet and fuelling investor concerns in the politically turbulent country.

Centamin, for its part, denied that a final decision had been made to annul parts of its contract, saying the court did not have the jurisdiction to cancel it.

The cancellation came after a complaint by a former parliamentarian that the deal had short-changed Egyptians.

Following the decision, Centamin’s shares plunged by around 35 percent on the London Stock Exchange before trading was suspended.

Centamin, however, said that a final decision on its Sukkari contract had not yet been made.

“No details of a final decision (regarding the contract) are available,” it said in a statement to the London stock exchange.

“Centamin confirms that it is not a party to this case… and that the court does not have jurisdiction to cancel it,” it added, saying that mining operations would continue until further information was available.

In July, Centamin denied reports its Sukkari deal could be annulled because it had violated the contract, The Daily Telegraph reported.

Tuesday’s decision may be appealed.

Centamin began production in Sukkari, its main asset and the largest gold mine in Egypt, in 2009. Its contract is the latest Mubarak-era agreement that has come under judicial review.