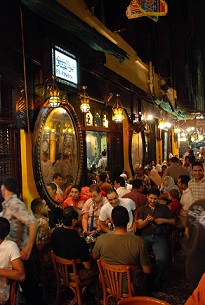 A lawsuit was filed against Prime Minister Hesham Qandil and Minister of Local Development Ahmad Zaki Abdeen, challenging their decision to impose a weekday closing time of 10pm on shops. Meanwhile, the decision has been widely criticised by business heads, consumer groups and even the head of Cairo facilities police.

Aly Ayoub, a lawyer and general coordinator of the Front for Defending Egyptian Institutions, filed the lawsuit on behalf of Ashraf Makram, an owner and manager of a telecommunications shop. In the petition Ayoub said the decision is against the law and will harm the interests of shop owners.

“The Qaliobeya Governor Adel Zayed announced that the decision would be implemented starting 3 November and that’s why I filed the lawsuit.” Ayoub said. “I’m against the decision and more shop owners should join the cause because this affects them all.

“The decision wasn’t published in the official state gazette, so we expect one of two verdicts, either the court would say there was no administrative decision or it would stop it,” Ayoub said.

He added that the Ministry of Interior conducted a study on the issue and requested implementation of the decision be postponed.

The suit argues the decision will have a devastating effect on the already fragile economy, as consumers often shop after 8pm. It also claims the decision could cause a rise in prices, as well as crime, as streets may become empty after 10pm. With fewer shifts to be covered, shops may also have to cut workers, raising the level of unemployment.

“The decision doesn’t consider the taxes, rents, workers’ wages and water and electricity bills that the owners have to pay,” the lawsuit argued. “Where will they get the money when they’re closed at peak hours, that are usually from 9pm until midnight?”

Traffic may also be affected, suggested Mahmoud Al-Askalany, from the Citizens Against Price Rises Association. He proposed drafting laws to better organise the market, secure prices and protect the consumer before implementing the decision.

Ahmed Farghaly, a professor in the faculty of commerce at Cairo University, agreed the decision would harm the economy. He added that if closing times are to be enforced they should consider the circumstances of different governorates. For example, he noted that in Upper Egypt the temperature is higher in the morning and thus people shop more frequently at night.

The director of Cairo facilities police, Major General Ismail Ezz Al-Din, said the closing times would cause hostility between policemen and shop owners. “We do not want any new security repercussions detrimental to the stability of security,” he said.

Ezz Al-Din said the departments and the localities should be the ones to implement the decision.

The Federation of Egyptian Chambers of Commerce rejected the imposition of closing times, saying it violates law number 159 of 1951, which states such a decision requires their consultation before implementation.

Hamdy Abdel Azim, an economist and former president of Sadat Academy, said in the lawsuit that an earlier attempt to impose closing times in 2008 was not effective, as owners closed shops but stayed inside consuming the same amount of electricity.

The closing time will not be enforced against stores catering primarily to tourists.