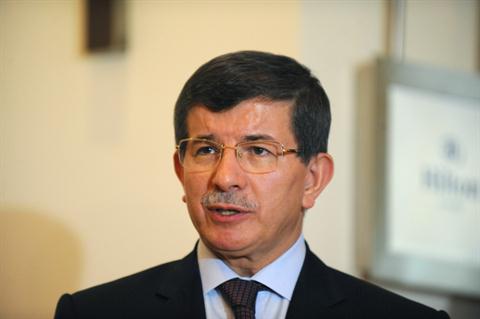 Ankara – Turkey is ruling out any dialogue with the Syrian regime, Foreign Minister Ahmet Davutoglu said on Tuesday, a day after Moscow called for negotiations with Damascus as the only way to end the escalating conflict.

“There is no point in engaging in dialogue with a regime that continues to carry out such a massacre against its own people, even during [the Muslim festival of] Eid Al-Adha,” Davutoglu said at a news conference.

Russian Foreign Minister Sergei Lavrov called on the West and regional players including Turkey to start negotiating with President Bashar al-Assad as well as the opposition to pave the way for a political solution in Syria, wracked by almost 20 months of conflict.

“Hardly anything will be accomplished without dialogue with the government, and that is the only problem that remains in the path towards a political process,” Lavrov said after a meeting with Lakhdar Brahimi, the international peace envoy for Syria.

Davutoglu said that dialogue with Damascus would be a step that could “be legitimising the existing regime as the violence continues.”

Turkey has since then sheltered some 108,000 refugees fleeing the conflict, as well as the exiled Syrian opposition’s military and political leaderships.

Ankara had backed Brahimi’s call for a truce during the Muslim holiday that never took hold, with each side accusing the other of violating it.

More than 500 people were reported dead during the four-day Muslim Eid holiday despite the truce brokered by Brahimi, who said the civil war in Syria was going from bad to worse.

Brahimi, who became Syria envoy after his predecessor Kofi Annan quit when his five-point peace plan fell through, will go to the UN Security Council in November with new proposals to push for talks between Assad and the opposition.

“What matters now is to encourage peace through the strongest messages. We had maintained our relationship with the Syrian regime for months and delivered messages of dialogue,” said Davutoglu.

“We still do, but first of all the Syrian regime must demonstrate the will to make peace with its own people,” he added, arguing that negotiations while a civil war was raging could not yield any results.

Davutoglu also called for a transition process in Syria in which “people who were not involved in the bloodshed against Syrian people will play a role.”

Turkey, who joined in Arab and Western calls for the ouster of Assad, has recently been engaged in dialogue also with Iran and Russia, backers of the Assad regime.

Davutoglu said consultations with Iran and Russia, as well as Egypt and Saudi Arabia – which demanded that Assad step down – would continue, adding that all parties should clearly tell the Syrian regime that it must stop committing massacres.