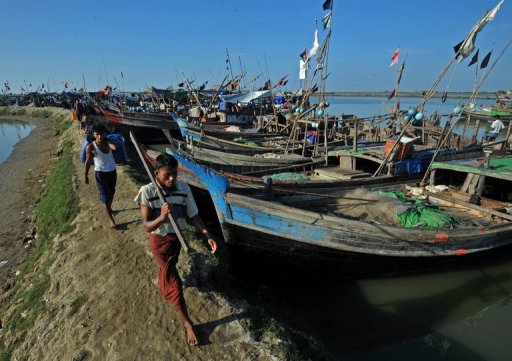 Dhaka (AFP) – About 130 passengers are missing after a boat carrying Rohingya refugees sank off the border between Myanmar and Bangladesh, according to Bangladesh police and a Rohingya advocacy group on Wednesday.

Hundreds of thousands of Muslim Rohingya have fled Myanmar in past decades to escape persecution, often heading to neighbouring Bangladesh, and recent unrest has triggered another exodus.

Mohammad Farhad, police inspector of Teknaf on the southeast tip of Bangladesh, told AFP that one survivor from the sinking reported that the boat had about 135 passengers on board.

“The boat was heading to Malaysia illegally,” Farhad said, adding that the 24-year-old survivor was being held in custody.

“He does not know what happened to the others as it was dark and he was desperate to save his own life.”

Farhad said a total of six survivors were reported to have been picked up by a fishing vessel after the refugee boat left Sabrang village in Bangladesh on Saturday.

“We have spoken to families of missing passengers,” he said.

There were conflicting reports about whether all those on the boat were Rohingya and also over the time of the sinking, which Bangladesh police said occurred early Sunday.

“We learned that an overcrowded boat with 133 people on board, which was leaving for Malaysia,” Chris Lewa, the Bangkok-based director of The Arakan Project, a Rohingya advocacy group, said.

“Six survivors have been rescued by fishing boats. The others are missing,” she told AFP.

Lewa however said her organisation had been told that the accident happened overnight Monday to Tuesday.

At least 89 people have been killed and tens of thousands have fled their homes in a new wave of communal unrest sweeping Myanmar’s western Rakhine state, where violence between Rohingya and Buddhists in June left dozens killed.

Since the unrest erupted, Bangladesh has been turning away boatloads of fleeing Rohingya.

The policy has been criticised by the United Nations, but Bangladesh said it was already burdened with an estimated 300,000 Rohingya.

Many Rohingya refugees now try to head to Muslim-majority Malaysia for a better life.