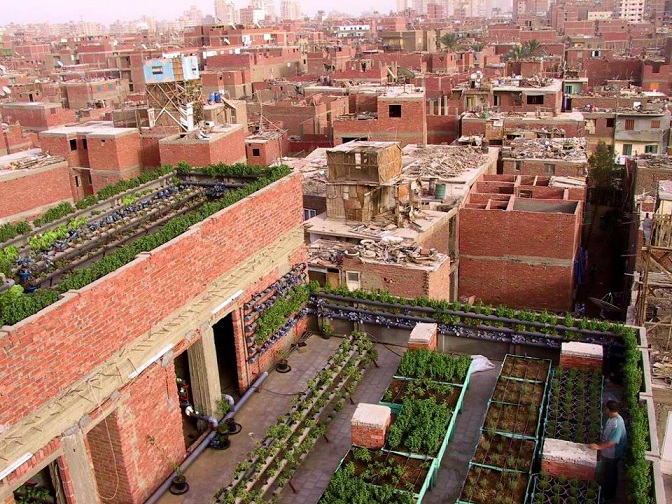 In a country where grey and yellow dominate, initiatives to add a little bit of green are often met with scepticism. Yet Egypt is witnessing a boom in environmental initiatives. Shagara is a creative attempt to improve our quality of life and save cities along the way.

There is a growing environmental consciousness; bicycle campaigns, rooftop gardens, carpooling, and more organic, locally sourced food. After the fall of an autocratic government, Egyptians had high expectations for the state to step in and implement nation-wide reforms to fix problems like traffic, congestion, the destruction of public parks, the lack of urban planning, and the proximity of factories to highly-populated areas.

As Egypt’s major cities turn into moving parking lots for the majority of workdays, many are taking matters into their own hands.

Shagara means “Tree” in Arabic, and the simple premise is to plant more of them, particularly in cities. Mohamed Hedayat, one of the co-founders of Shagara, says it aims to provide more than merely plant more trees, “Shagara has three goals and they are to mitigate and be a factor in combating global warming, to combat pollution and the effect of cars and factories on the health of Egyptians, and to increase the situation of low-income families through environmental initiatives.”

“Shagara was founded right after the revolution by a group of young people” added Hedayat.  Their focus on combating poverty through the environment sets them apart in a country that suffers from both extreme poverty and severe pollution. Shagara combined them to create a programme that they hope will be easy to sustain, profitable, and educational.

“By planting specifically fruit-producing trees which provide some profit through selling or contribute to feeding, we can not only help to alleviate poverty but also help people accept the idea as being directly relevant and beneficial to their everyday lives instead of something they only do for the environment or the greater good,” said Hedayat.

Shagara does not use clay or soil when they plant, instead using separate pods in different mediums that they deem as yielding better products, which are more efficient at preventing diseases. “Most of these materials can be found commonly and cheaply and the yield is three to four times better for the same area. One thing that is not easily found is the solutions for the plants but we provide them at Shagara for those wanting to take the initiative and of course we use drop irrigation.” explained Hedayat.

Hedayat says rooftop gardening is easy and simple, “we come to the place and we take a look, then we talk about an appropriate budget for the space and we help you every step of the way. A 100 metre rooftop would take about a week.”

Shagara is trying to start a new project called “Shagar fel Madares” or “Trees in Schools” in Qaliubiya where they will install a rooftop garden on the school’s roof and eventually get the idea popular across other schools in Egypt.

“We think schools are very important in raising environmental awareness, firstly because they are places of learning, but secondly because we are excited about providing work for the school staff. We set it up where the school can use half the profit from the produce and the other half goes to the workers. The school can then use this in other activities and further enhance their quality of education.”

Shagara has had its fair share of hurdles with state bureaucracy, “people are usually very receptive to our ideas but it is very difficult to obtain permission and get through regulations from official bodies all over the country. We have been struggling for the past year. We have already had to abandon one school even though we had set everything up only because of state bureaucracy.” said Hedayat.

Shagara is trying hard to expand outside of Cairo, where they are based “for now.” as Hedayat explained it. The initiative combines combating poverty and improving our quality of life into one vision, where they are indelibly, and quite neatly, linked.

Structuring the workday: the new ‘9 to 5’