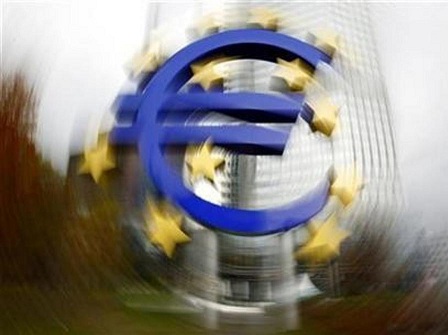 Frankfurt (AFP) – Eurozone banks are becoming stricter about lending money to companies and households, even as demand for loans is drying up amid the current crisis, the European Central Bank found Wednesday.

According to the results of the ECB’s latest quarterly Bank Lending Survey, banks tightened the criteria that businesses must meet to take out loans in the third quarter of this year and said they would do so again in the fourth quarter.

The main factor driving this trend was the perception of risk, the ECB said after quizzing a total 131 banks in the 17 countries that share the euro between September 20 and October 9.

A net 15 percent of respondents said they already tightened their credit standards in the period from July to September and 13 percent indicated they would do so again in the fourth quarter.

At the same time, the survey found that overall demand for loans is declining.

“Euro area banks continued to report a pronounced net decline in the demand for loans to enterprises in the third quarter of 2012, and this balance was somewhat more negative than in the previous survey round,” the survey said.

Banks reported a 28-percent net decline in demand for loans in the third quarter, compared with 25 percent in the second quarter.

And there was no sign of any improvement soon.

Looking ahead to the fourth quarter, “banks expect a continued net decline in the demand for loans, both for enterprises and households, even if on balance less negative than in the third quarter of 2012,” it said.

The banks themselves nevertheless said that their access to funding has improved.

At the beginning of the year, the ECB pumped more than 1.0 trillion euros ($1.3 trillion) into the banking system to avert a looming credit crunch.

Furthermore, “for the fourth quarter of 2012, banks expect funding conditions to keep improving,” the ECB said.

Ernst & Young Eurozone Forecast analyst Tom Rogers said the further tightening in credit availability for companies and falling demand for loans “point towards continued apprehension on the part of the banks and firms over economic prospects.”

The fact that banks expected both credit standards and loan demand to deteriorate further “is consistent with our view that following a mild recession this year, the eurozone economy is set to stagnate in 2013,” Rogers said.

Nevertheless, if banks’ own access to funding continues to improve, that could trigger an improvement in lending activity once policymakers succeed in pushing through the necessary reforms and achieve financial and fiscal stability.

And that would have “an impact on the outlook in the real economy,” the expert said.