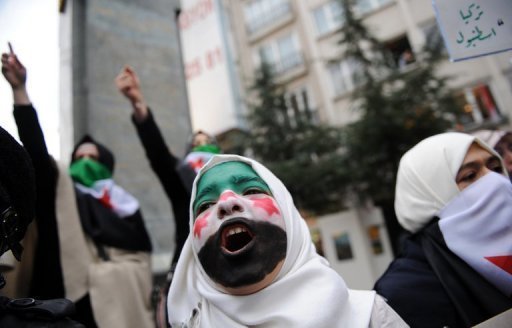 Beirut (AFP) –The Lebanese opposition on Tuesday called for an urgent complaint to the UN Security Council and the Arab League against Syrian President Bashar Al-Assad’s regime.

Lebanon’s March 14 coalition, which is bitterly opposed to Assad, has accused Damascus of planning a series of bombings in Lebanon.

The demand for a formal complaint comes after a series of territorial violations by Syrian regime forces, including frequent cross-border shelling in recent months.

Earlier this month, a deadly car bomb blast in Beirut killed three people including a top security official. The opposition blamed Syria and its Lebanese allies for the attack.

A statement by the March 14 coalition called for “the filing of an urgent complaint to the Arab League and the UN Security Council against the Syrian regime over the [bombing] and the daily violations against Lebanon’s borders and citizens.”

The opposition called for the resignation of Prime Minister Najib Mikati after the attack.

The bombing has been linked to evidence implicating former Minister Michel Samaha, who was arrested in August over an alleged bomb plot, and who has close ties to the Assad regime.

Samaha is suspected of planning attacks to provoke sectarian strife in Lebanon at Syria’s behest. Hassan and the ISF played a key role in the investigation that led to Samaha’s arrest.

There has been frequent shelling into Lebanese territory by the Syrian army.

Syria accuses Lebanon of laxity on its borders, and of allowing fighters and weapons to be smuggled into the strife-torn country.