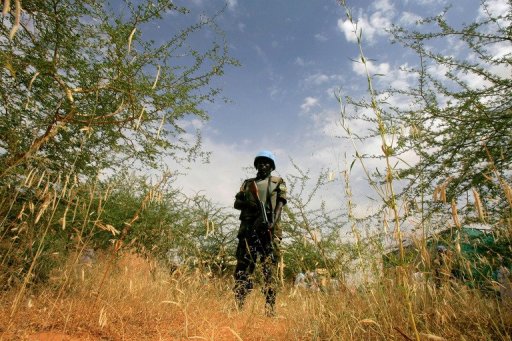 Khartoum (AFP) – Militias in Sudan’s North Darfur state attacked a village and killed 13 people, a local source said on Saturday, adding to an upsurge of deadly violence in the area.

The attack on Friday targeted Sigili village, about 30 kilometres (19 miles) southeast of the state capital El Fasher, said the source, who cannot be further identified for security reasons.

“Basically it was a tribal clash between local militia and Zaghawa,” the source said, adding that five people were also reported missing.

Since July, civilians have been increasingly at risk from inter-communal fighting, harassment by militia groups, and sporadic clashes between rebel and government troops, particularly in North Darfur, UN chief Ban Ki-Moon said in a three-monthly report issued on 16 October.

Disputes between farmers and pastoralists over land use triggered most of the inter-communal violence, he said.

Tensions escalated when tribal militia aligned to the government became involved, along with anti-regime rebels.

“At the same time, local sources have cited mounting frustration among communities from which the militias are drawn… over unfulfilled commitments by the government that have led to the militia challenging authorities and engaging government security forces,” Ban said.

In the Hashaba area northwest of El Fasher, more than 70 civilians died in September from rebel-government fighting and aerial bombardments, the United States said.

Ban did not provide a casualty figure from that incident.

But he said a dispute over land use triggered clashes between Arab nomads and Tunjur farmers in Hashaba before fighting reportedly escalated after government and rebel forces also became involved.

Peacekeepers from the African Union-UN Mission in Darfur (UNAMID) were prevented from reaching the area three times in late September, due to government restrictions blamed on insecurity, Ban said.

On 17 October, a UNAMID convoy on its way to the Hashaba area for an assessment was ambushed by unidentified attackers, killing one South African UNAMID member and injuring three others.

Though down from its peak, violence persists in Darfur nine years after ethnic African rebels rose against the Arab-dominated Khartoum government. The United Nations estimates at least 300,000 people died but the government puts the toll at 10,000.

An estimated 1.7 million Darfur people are still living in camps for the displaced, the UN says.