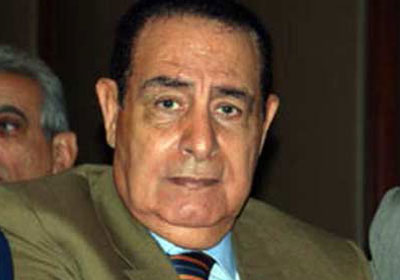 Giza criminal court will hold the first session of the trial of the dissolved People’s Assembly secretary general, on Sunday.

Sami Mahran is accused of using his position to gain EGP 22 million.

Amr Emam, a human rights lawyer, said the punishment for illicit gains crimes ranges from seven to 15 years in prison, in addition to a fine.

Chancellor Ahmed Abdel Lateef, president of the examination and investigation authority at the illicit gains body, supervised investigations for more than a year. He analysed reports filed by the Administrative Control Authority, uncovering the rapid enlargement of Mahran’s wealth.

Emam asserted the case was politically motivated. He added the current political system is controlling all governmental sectors, including the judiciary.

“This is merely a punishment for old regime supporters who are not cooperating with the current leaders of the country. Not only old regime supporters are punished, but criminals and thugs too; the case of Nakhnoukh is a significant example. Anyone disagreeing and not cooperating with the leaders of the state is punished. That’s how it goes in Egypt,” said Emam.

Helmy Sabry Nakhnoukh, named “prince of thugs” was arrested in his villa outside Alexandria in August. Nakhnoukh insisted his arrest was politically motivated due to his unwavering ties to the dissolved National Democratic Party and former regime. By his own admission, Nakhnoukh assisted in blocking polling stations and vote rigging.

Emam said he believes that this case alongside Nakhnoukh’s will be solved once the leaders of the state have the willingness to do so, claiming there was an absence of the rule of law in Egypt.