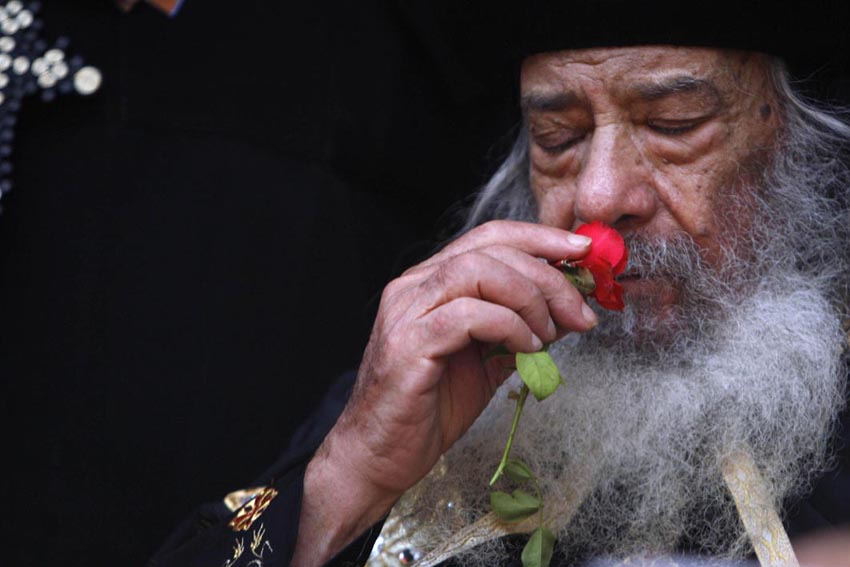 With semi-professional cameras more than widely available, amateur photographers are everywhere; taking pictures of everything from their friends to mundane objects and asking you to ‘support’ their ‘talent’. But fear not for the future of photography in Egypt, AUC’s the Photographic Gallery is hosting a photography exhibition titled ‘Face Time’.

The exhibition features a diverse group of photographers and captures some of the most famous faces from the 19th century onwards. The 40 or so portraits include the likes of the late Pope Shenouda III, Anwar Sadat, and Orson Welles. Every portrait from king Farouk to an unknown Bedouin woman tells its own story and its own history. The idea is that every picture has its own unique history and each photographer his or her own unique vision.

“We gathered prints of photographs that are all iconic portraits, some from photographers, some from the Rare Books and Special Collections Library at AUC. These include Dorreya Shafiq, Om Kolthoum, Omar El Sherif, Zidane, Frank Lloyd and Gamal Mubarak from his presidential campaign,” said Noura Bahgat, curator of the Photographic Gallery.

One particular highlight is a beautiful picture of Pope Shenouda III holding a vivid red rose to his nose, seemingly unaware of the photographer’s obtrusiveness.

“The viewer is the one who will be left to interpret these portraits and draw something different from each. There is always a triangle between the subject, the viewer, and the photographer or the artist. The viewer sees himself and his own perception in the portrait while the photographer tries to capture what he or she considers the perfect shot and freeze it in time,” said Bahgat.

The Photographic Gallery hosts a number of events throughout the year and their location in the mass communications department, as opposed to the arts department gives them the edge of being in the centre of campus where students and faculty have easy access. “We usually have four to five exhibitions or events per academic year,” added Bahgat.